BLACKPINK Reveal The Name Of Their Debut Single

BLACKPINK Reveal The Name Of Their Debut Single

Everyone is completely hyped up for the debut of YG Entertainment‘s new girlgroup BLACKPINK, and to raise our expectations even more, they’ve release a new teaser image with the name of the group’s first single.

According to the photo, the single will be called ‘BOOMBAYAH‘. I don’t know why, but this name gives me some really good vibes. If it was a BIGBANG song, I’m sure it was gonna be awesome, so I’m certain we can expect something incredible from BLACKPINK. 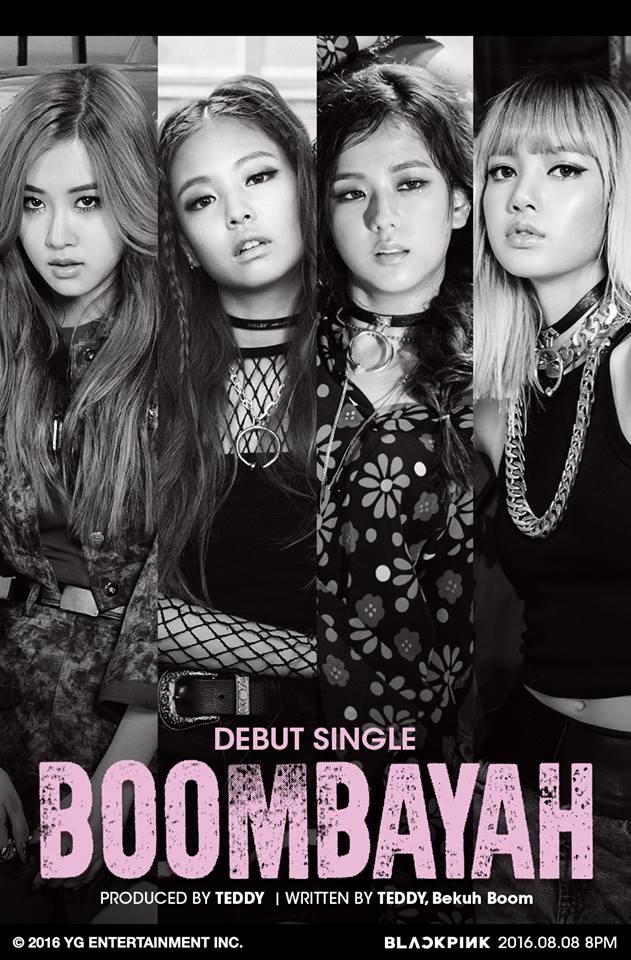 The girls look very fierce in the teaser, and the song was written by Teddy and Bekuh Boom, so I’m expecting something like a mix of 2NE1‘s ‘I’m the Best‘ with BIGBANG‘s ‘Bang Bang Bang‘.

But what are your expectations? Are you excited about BLACKPINK‘s debut? Let us know!

The girls will release ‘BOOMBAYAH‘ along with ‘Square One‘ of their album ‘In Your Area‘ on August 8th.

Stay tuned to Officially Kmusic to check it out!

Scroll for more
Tap
BIGBANG Becomes The First K-Pop Group To Make It On Forbes’ Celebrity 100 List
Nine Muses A Is All About Kisses In Latest ‘Lip2Lip’ Music Video
Scroll
Loading Comments...