Block B have shared new details about their sixth mini-album.

The album will be called ‘Montage‘ and will have a total of five tracks.

As previously announced, the title track is ‘Shall We Dance’. The track was composed and arranged by Block B member ZICO and Poptime.  The lyrics were written by ZICO and Park Kyung.

Zico co-composed the track ‘My Zone’ with Dirty Orange and Mitsu.J and co-wrote the lyrics for the song with Penomeco.

Lastly, B-Bomb co-composed and wrote lyrics for his solo track ‘Give & Take’. 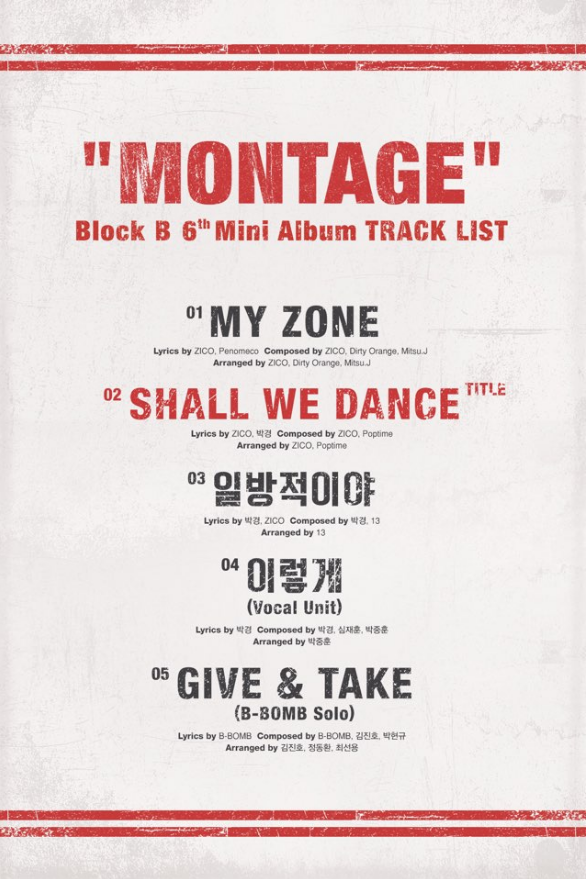 What do you think of the track listing for ‘Montage‘?  Are you excited to hear the material on the new album? Let us know in the comments below.