Block B‘s Park Kyung has announced his comeback with the release of a mini album! Prior to the full release, he has revealed his promotional schedule. It has been shown that the mini album will be called ‘Notebook‘.

Check out the schedule below! 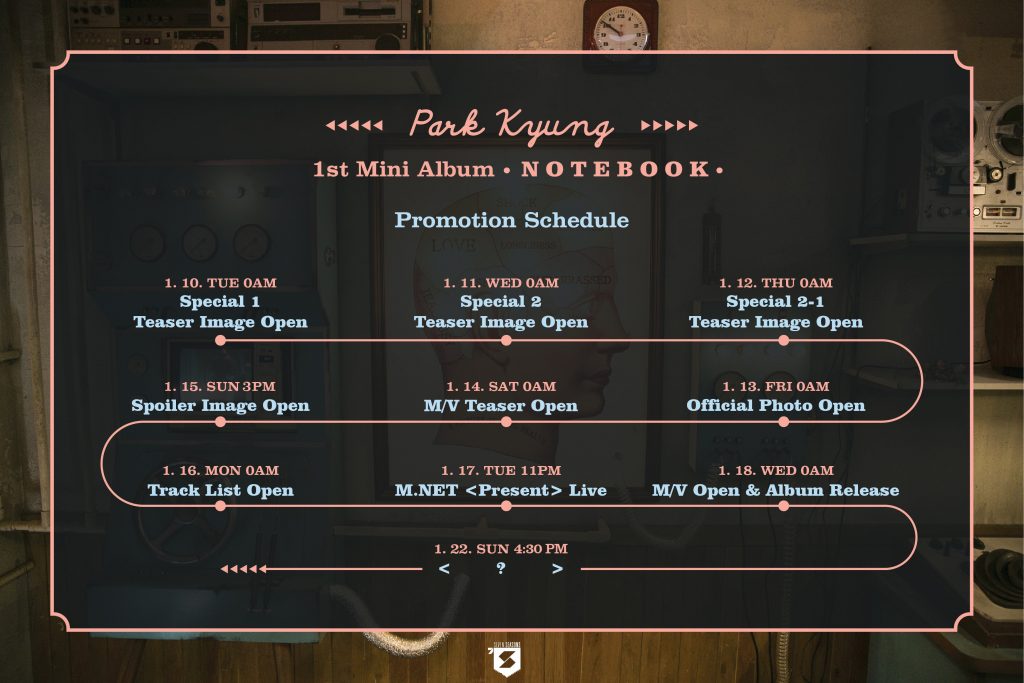 From the schedule above, it is seen that he will be releasing many teaser images, a music video teaser, an official image, the track list, a special live broadcast and the actual releases.  Also on the schedule, is a question mark on the 22nd of January! This has gotten fans curious and hyped as to what this major surprise will be!

From the few teaser images that he has released, it seems that this mini album will be have a total of 5 tracks with double title tracks, ‘When I’m With You‘ and ‘Memories‘. Both title tracks will be featuring someone! Fans are currently in guessing mode, trying to figure out who these artists may be! 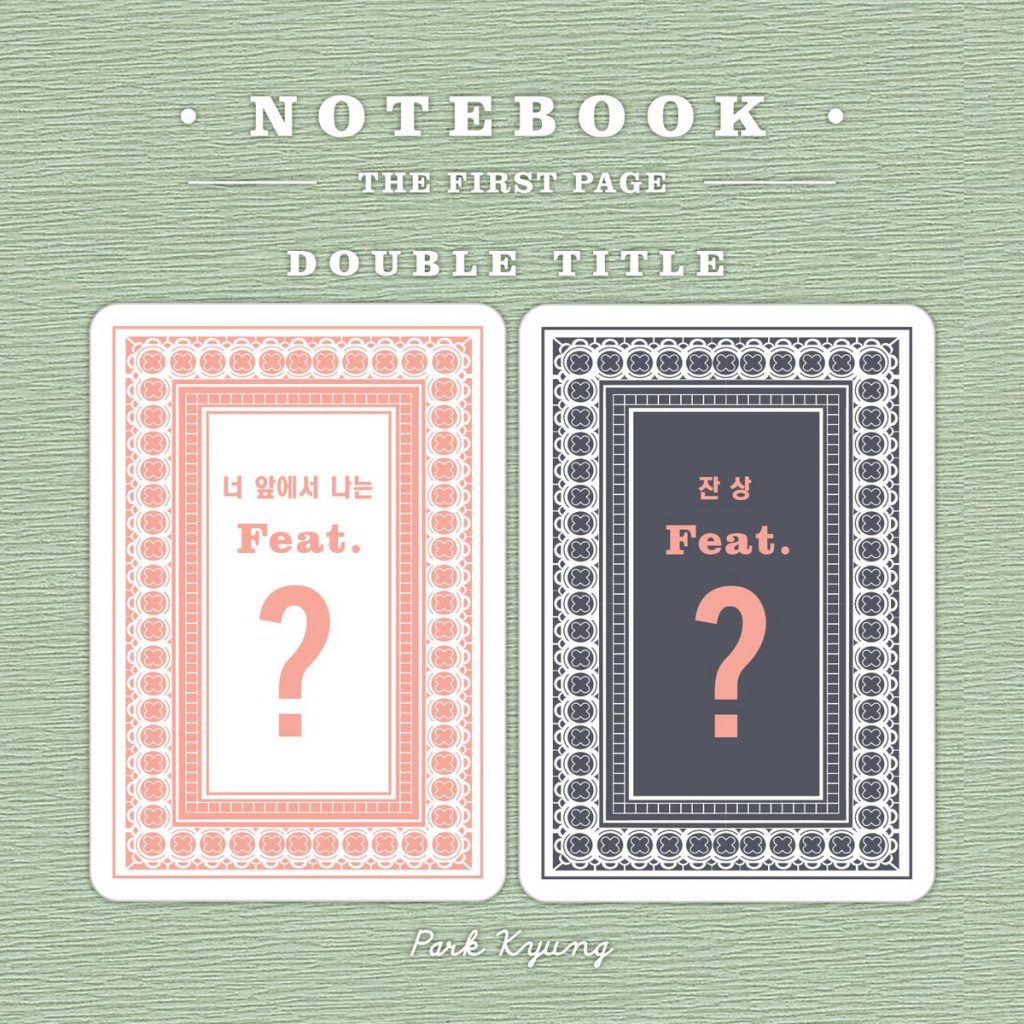 Having revealed the title tracks, it seems that Park Kyung will be continuing on with his romantic lyrical style, but it definitely is still a mystery as to how the tracks will turn out! The mini album, ‘Notebook’ and the music videos will be released on the 18th of January! So be sure to check out the schedule and be on a watch out for the teaser releases!

Are you excited for Kyung’s return? Who do you think is going to be featured in his title tracks? Let us know in the comments below!

Officially KMusic brings you all the latest news from K-Pop, so stay tuned for more information on Kyung’s comeback!