Well Korean Blockbusters your in for a treat.  Zico will be participating alongside some other very well known rappers in the “All Force One – The Fighting” competition. Jay Park, Double K, DJ Wegun, Loco and Gray are just a few of the other rappers that will be competing in a “Red Corner Vs Blue Corner” battle. 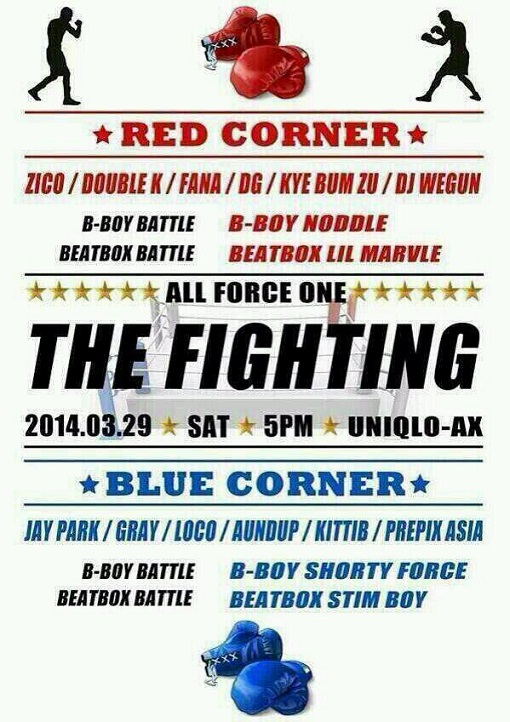 There will also be a b-boy and beatbox battle, as well as performances by Prepix Asia!

Seven Seasons‘ uploaded a video from Zico on the impending event which will take place on March 29.  Most fans though had a hard time concentrating on what Zico was saying they were so distracted by the other members in the mirror behind him.  You can check out what Zico had to say and see what the rest of Block B was up to in the video for yourselves here.

As well, don’t forget American Blockbusters, Block B are preparing for their upcoming American showcase this June.  KMusic readers will you be attending one of the concerts?