On August 14th 2016, it was reported that soloist BoA and SHINee‘s Taemin almost shared a kiss during the “SMTOWN LIVE TOUR V IN JAPAN.”

The two artists were performing “Only One” where they showcased their impressive dance moves and intimacy.

There were several times where BoA had shared the stage with Taemin for “Only One,” but Taemin would routinely join her shortly before exiting the stage. 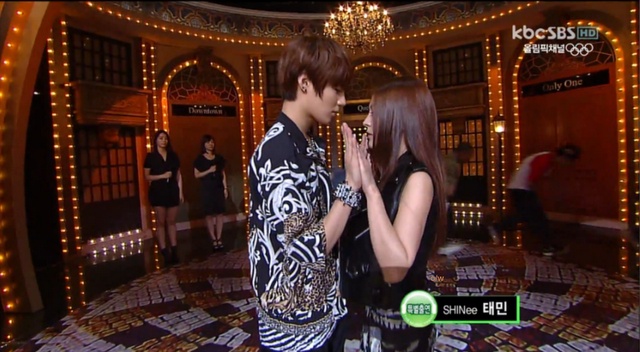 Alas, during their performance on August 14th, the duo faced each other towards the end of the performance and appeared to be closing in for a kiss. Even though their lips didn’t touch, the close proximity provoked Taemin‘s female fans to shout in discouragement and distress.

Some fans said that Taemin was just a “young boy” when he started joining BoA on stage to perform “Only One” in 2012. But, as time goes by, he has developed in a more mature and masculine man bringing the heat and chemistry between the two singers more than before.