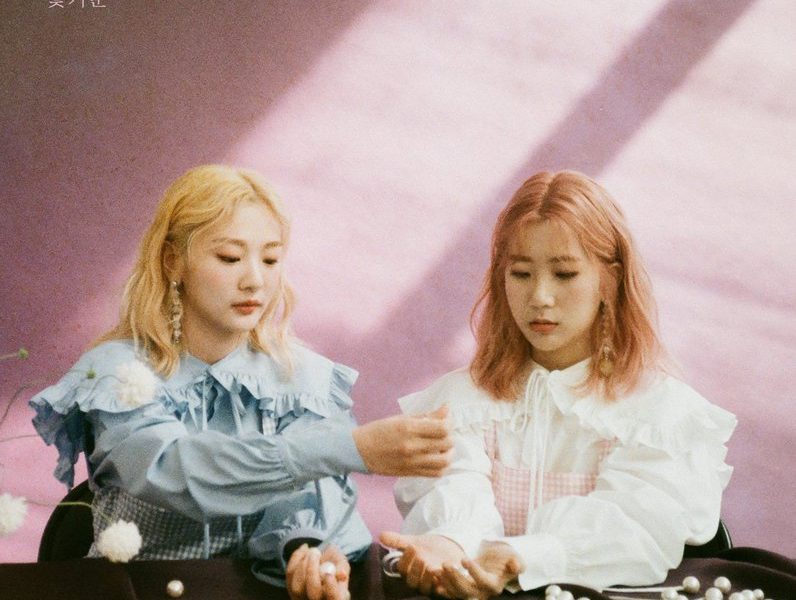 BOL4 will have their comeback on the 2nd of April at 6PM KST. Check out the teasers below.

Jiyoon and Jiyeong look very pretty in the pastel background. They play with a beautiful white veil making the pictures look even more serene. Both girls have their eyes closed creating a calm and peaceful atmosphere.

The BOL4 girls pose in front of a pink-purple background. The colours resemble the pretty colours of flowers in spring. Both Jiyoon and Jiyeong wear frilly dresses giving them a girly yet playful feel. Their peachy makeup also gives off a sense of innocence.

BOL4 will no doubt comeback with a catchy song suitable for spring!

Are you excited for BOL4‘s comeback? Tell us in the comments below!