SM Entertainment released their seventh digital single for the S.M Digital Music Channel called STATION and they are hitting a different chord with this song.

Recently, SM has had duets as their digital singles with Wendy of Red Velvet and Eric Nam, YoonA of SNSD and 10cm, and lastly Jonghyun of SHINee and Heritage. All three songs were light and bouncy for the Spring season. Fans were anxious to see where they were going when the next subway map came out showing only one artist would be showcased next. 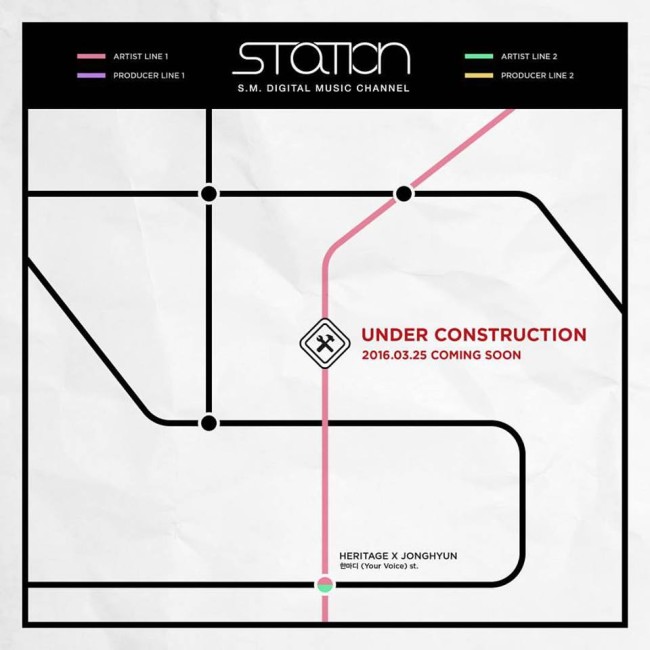 Choosing Amber of f(x) to participate in this project, ‘Borders’ isn’t like any of the previous songs released. Shot with Amber sitting alone in a fluorescent box as a couple deals with their insecurities, the songs speaks about not being afraid no matter what comes your way and tomorrow will be brighter. Another amazing point to the video is that it is song completely in English with lyrics attached to it.

As MeU (the official fandom name of f(x)) knows, Amber is one who has had to fight diversity in the K-Pop world for her tomboyish looks, tattoos, and being of Taiwanese descent hailing from the United States. Despite all of that, she continues to make waves with her amazing personality and laid back demeanor, making her a huge inspiration to fans worldwide.

Amber, herself, wrote an explanation of what the song means to her on her personal Twitter. 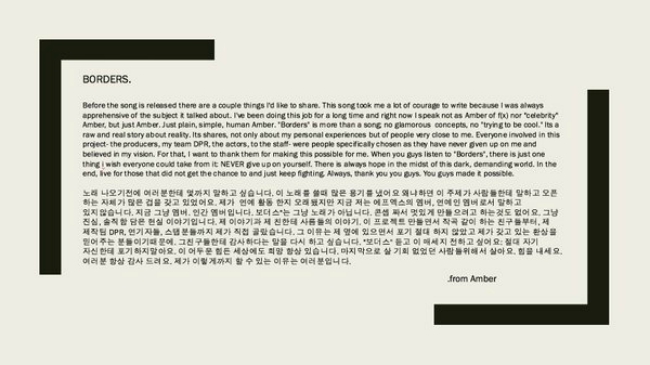 What I really liked about this is that SM has really started to expand past the ideals of what is expected from idols. Amber has always been open about who she is and ‘Borders’ shows a more raw for without censorship. Hopefully this is a step that will lead to a more acceptable society with one step at a time. How did you like the new digital single? We want to know.

Scroll for more
Tap
BTS Is Set To Release A Special Album In Late Spring
A.CIAN Comes Back With New Music Video For ‘손이가요 (Touch)’
Scroll