Boys Republic are going back to the ‘Beginning’

Boys Republic are going back to the ‘Beginning’

Boys Republic have announced that their long-awaited and much-anticipated first Japanese album will be released on August 30.

The album will be titled ‘Beginning’ and will feature 15 tracks in all.  There will be three new songs plus one bonus track.

They also dropped a number of new images when they made the announcement along with the track listing for ‘Beginning’.

Track Listing for Boys Republic album ‘Beginning’ is below: 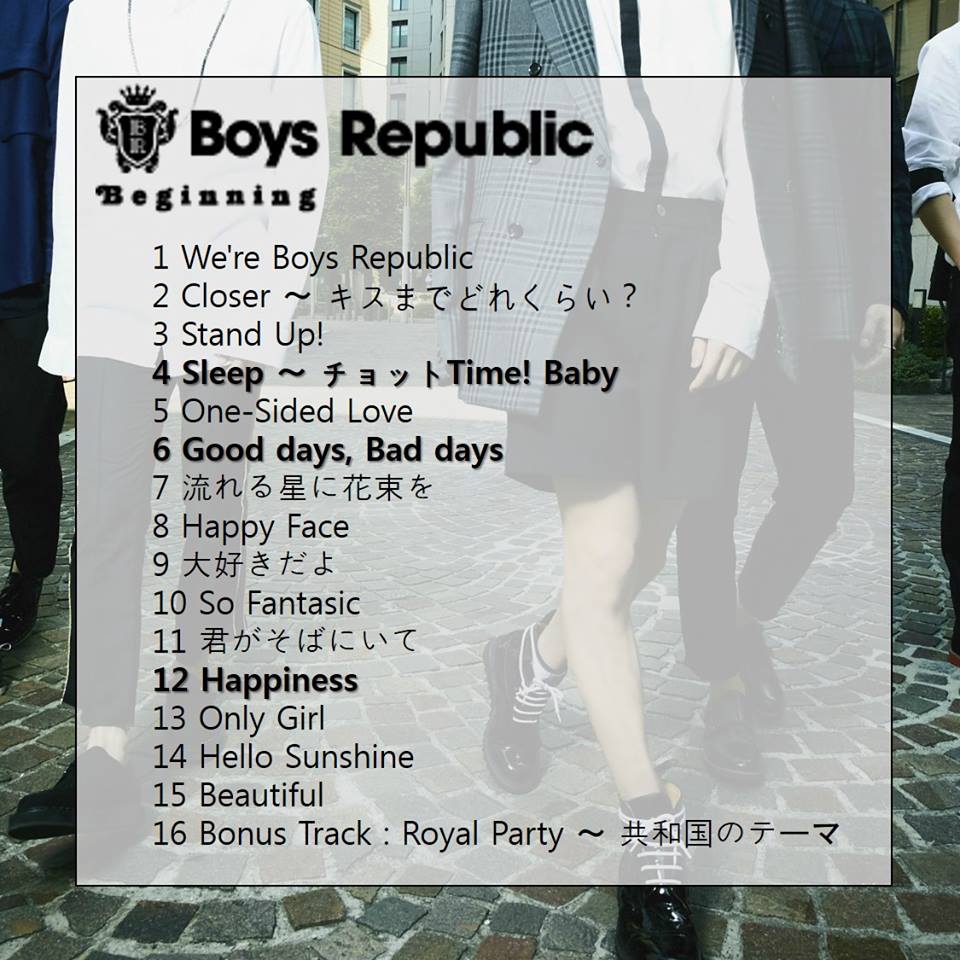 Are you excited to hear the album and the new tracks?  Let us know in the comments below.

Scroll for more
Tap
Crush asks us to go ‘Outside’ with him
The final chapter MV for ‘Story About: Some, One Month’ has been revealed!
Scroll
Loading Comments...