Boys Republic poses together for their ‘Ending Credit’ teasers

Boys Republic poses together for their ‘Ending Credit’ teasers

As many knows, Boys Republic will be going on an infinite hiatus. This may be the final comeback we will ever see from them. This is why every teaser they are releasing is bringing chills to the fans yet they bring a smile to their faces as we get to see them for the very last time. As the time nears, Boys Republic have revealed more teasers to get fans hyped for it. So, check it out below! 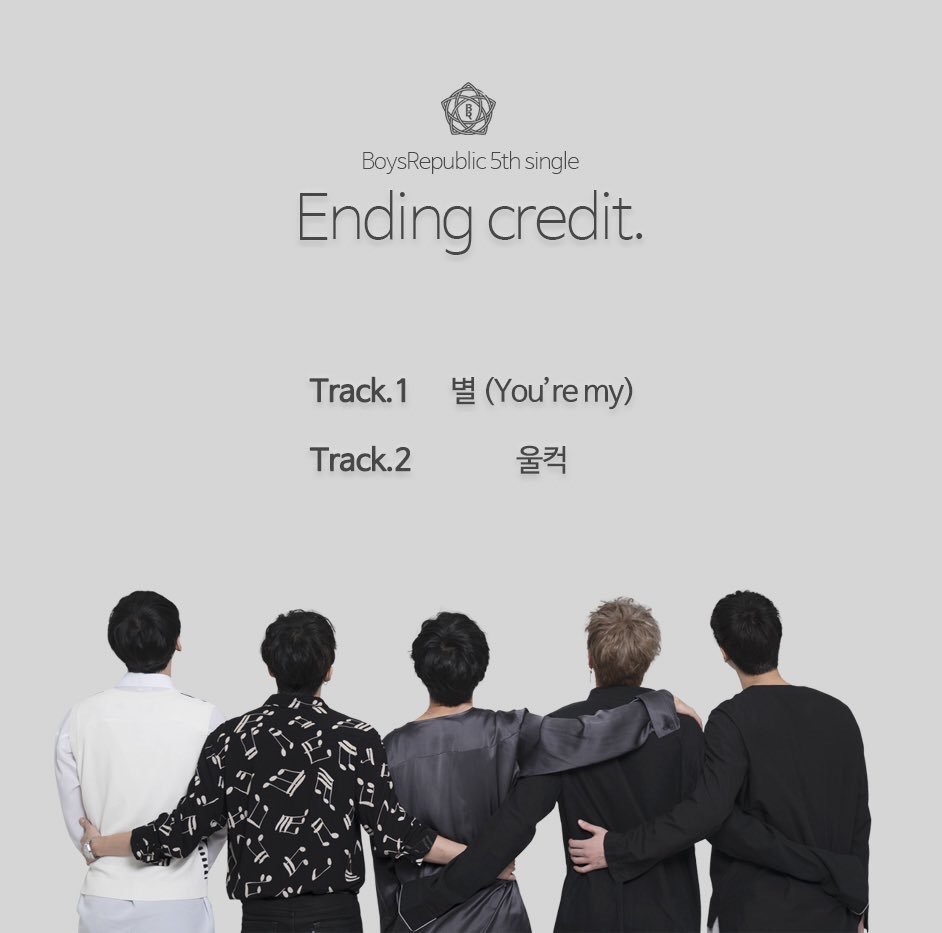 So, this will mark the release of their fifth single. There is a total of two tracks including ‘Star (You’re My)‘ and ‘Emotional‘. The members are seen staring up at the list while embracing one another. Their outfit matches and really bring a sense of harmony to the image. 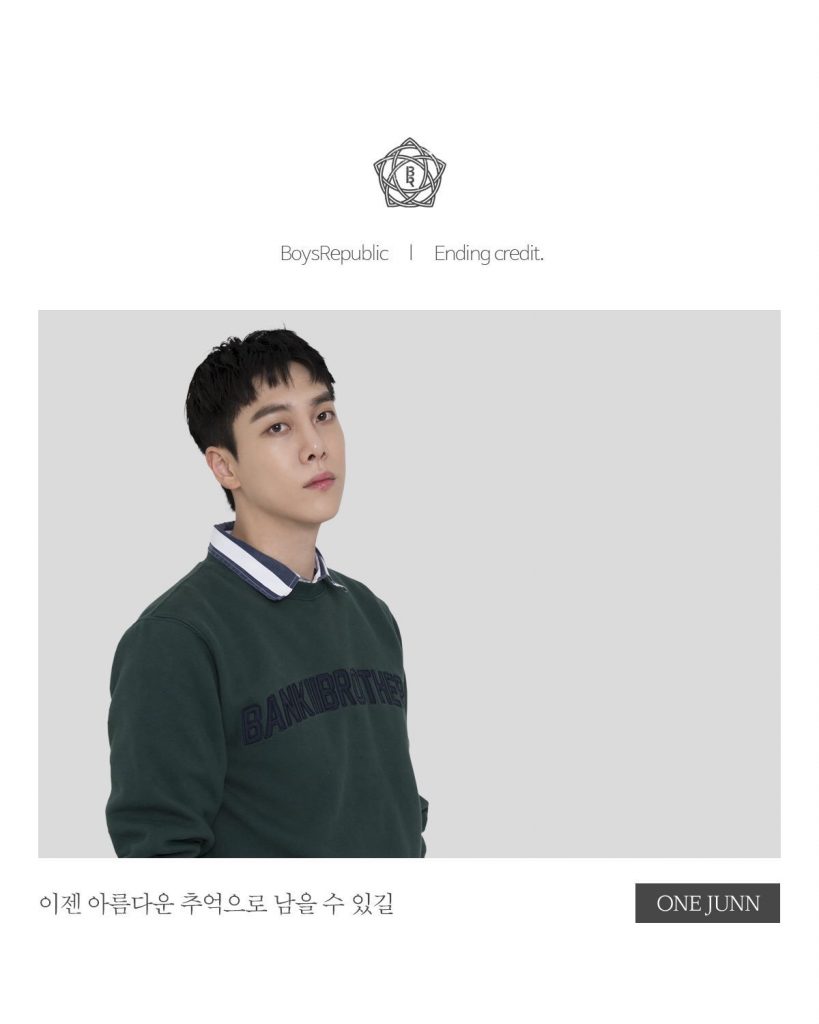 Onejunn is first up with his image teaser. He gives a serious face towards the camera while embracing the darker green shirt. With his image comes the following words: “I hope that this will remain as a beautiful memory.” 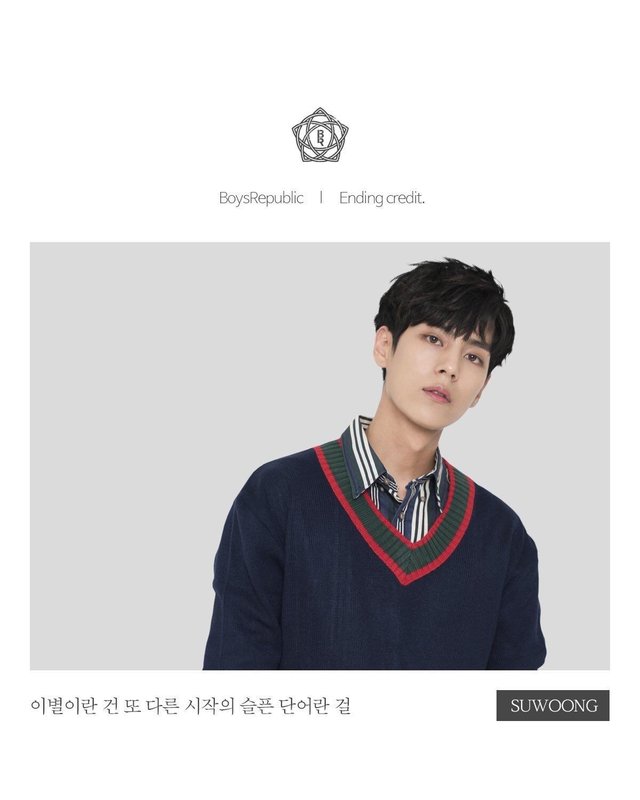 Suwoong looks great in the blue sweater shirt. He too has a facial expression that is difficult to read. Nevertheless, this kind of concept is common among the images. The words that accompany this image are: “Parting is a sad word for another beginning.” 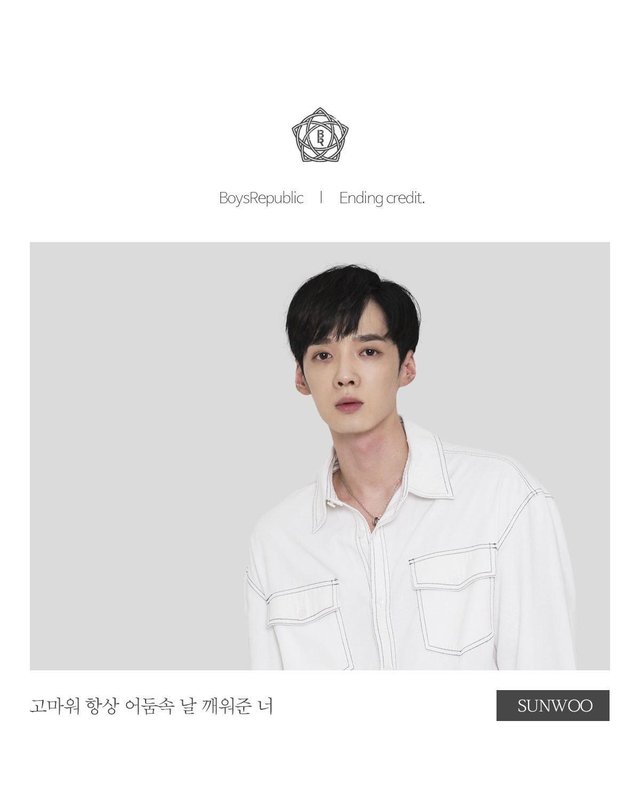 Sunwoo is wearing a lovely white jean-like jacket. Even though the colour itself is quite similar to the background, something about it makes him stand out. It is an outfit that brings out his great looks. Meanwhile, the words that are seen with the image are: “Thank you for always waking me up from the darkness.” 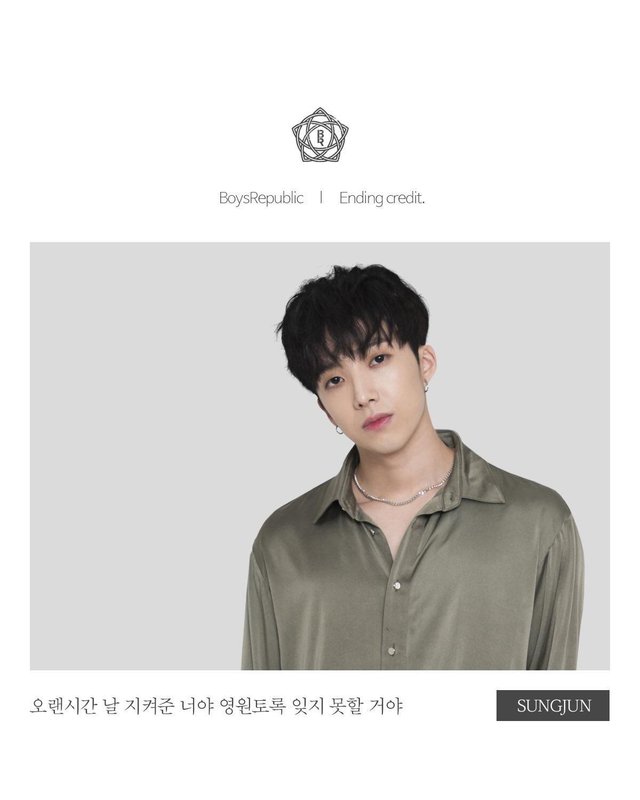 Sungjun is next up with his image teaser. He looks great in that dark green outfit that allows him to contrast nicely with the wall. He is looking handsome as ever, capturing fans’ heart. The words that accompany this image are: “You protected me for a long time. I will never forget you.” 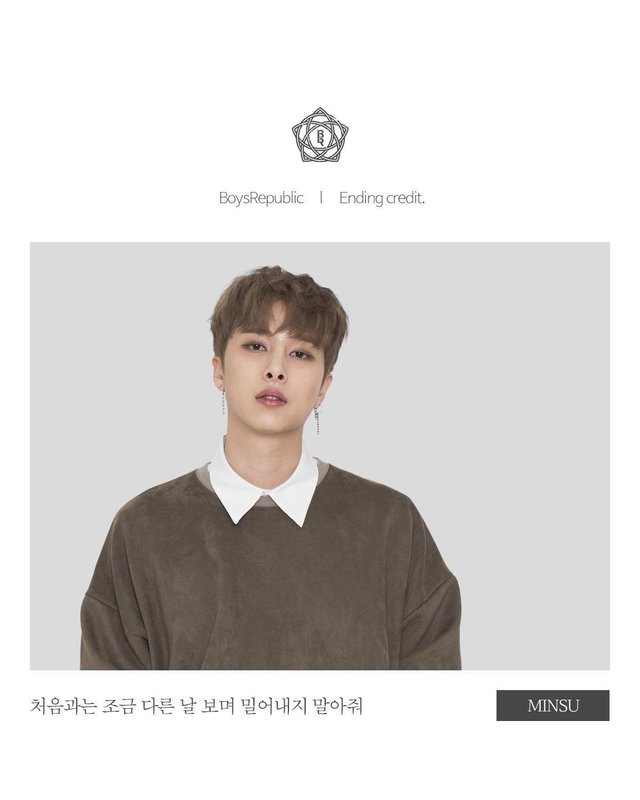 The final member is Minsu. He too is going for a look that best fits him. It brings out the best in him and is a great way to finish off the individual teasers. One can’t help but be mesmerised by all of their beauty. The final words that are seen in this image are: “If we see a day a little different from the first, don’t push us away.” 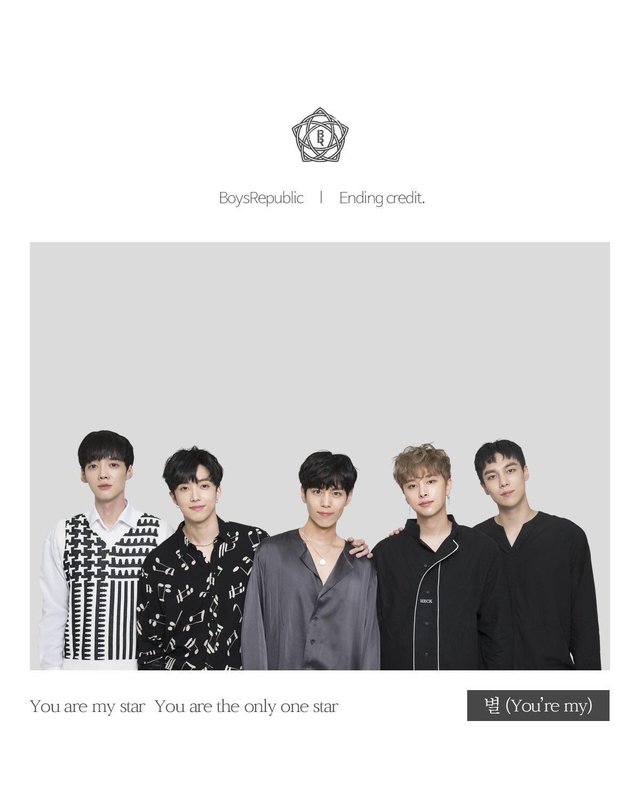 Meanwhile, Boys Republic is set to make their return on September 28th. What do you think of their individual teasers? Let us know in the comments below!