BOYS24 final nine members revealed and then a shock announcement!

BOYS24 final nine members revealed and then a shock announcement!

Just as the final nine members of BOYS24 were revealed, they’ve become the final eight.

The year-long survival program finally came to its conclusion last week after revealing the final nine members who were set to debut following a concert on V-Live which included 26 members of BOYS24.

The final nine members were:

However, shortly after the final 9 members were announced, CJ E&M and MMO Entertainment delivered some shocking news to fans.

They announced that member Jin Sungho, had decided to leave the debut team.

The announcement read in part, “First of all, thank you for your unconditional love for BOYS24.  Last August 12 after a year and a half, the debut members from BOYS24 were finally selected through your voting.”

“However, after having a deep conversation with Jin Sungho, 7th place among the nine members, we found that he has a different musical point of view, so Sungho finally decided to leave the debut team.”

“From here on, I ask that you cheer all of us boys on, and I ask for me, Sungho‘s new challenges.  I wish you only an abundance of good things, and don’t be sick!”

“I hope you’ll only have good thoughts!  I am incredibly thankful, and I love you! Love u H:Our! Love u Andante! This has been Wassup It’s ya boy BC boy Sungho.  Thank you!”

Sungho released a handwritten note to fans at the same time: 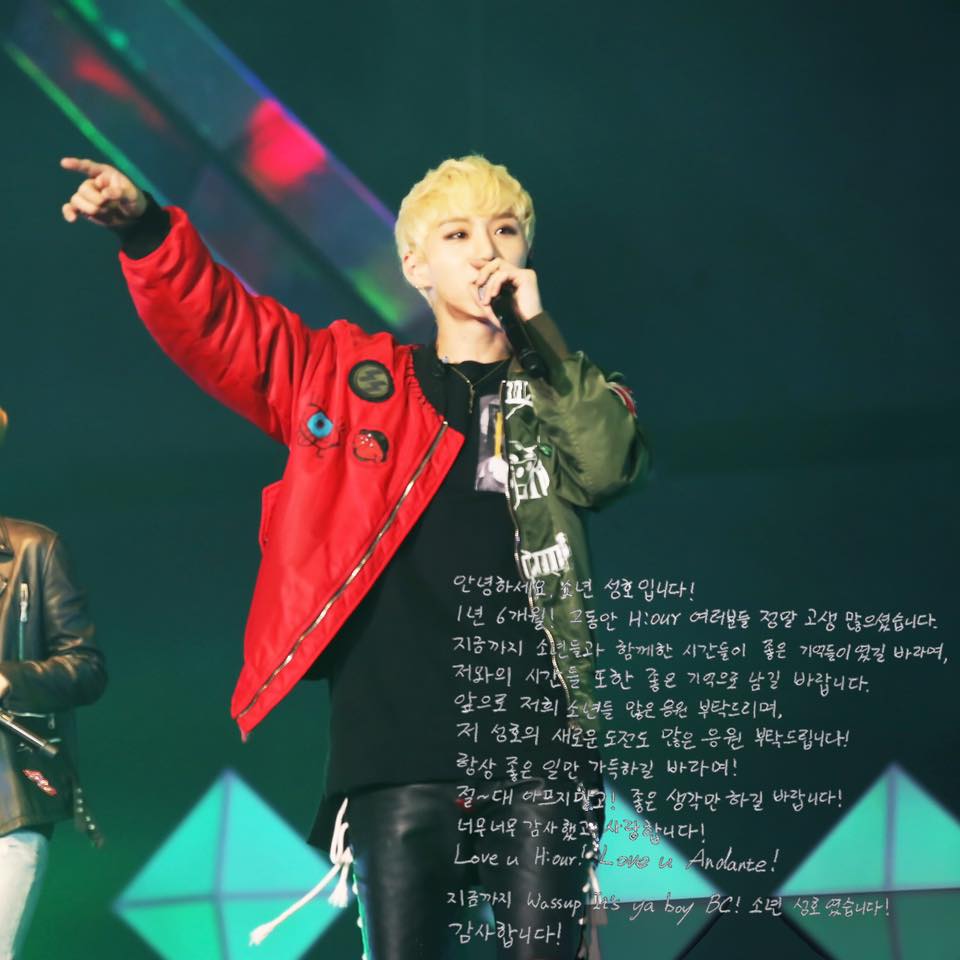 At this stage it has not been announced whether BOYS24 will promote as an 8-member group of if the label will choose a new member to replace him.

What do you think of the final members of BOYS24?  What are your thoughts on Sungho leaving?  Let us know in the comments below.