Just last week, Lee Hwayoung was caught in an unfortunate scandal when an audio tape was leaked of him insulting his fans.  CJ E&M has finally made their position known after a week of deliberation. 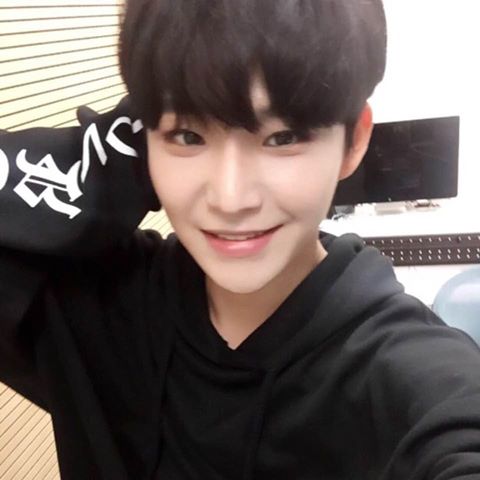 Hwayoung, only 21 years old, has been kicked out of BOYS24.  His exclusive contract as a CJ E&M artist has also been terminated, essentially ending his career.  The company has since issued an official apology on the group’s official Facebook and expressed  that they are worried that the other members’ sincerity would be twisted in the midst of all this negativity. 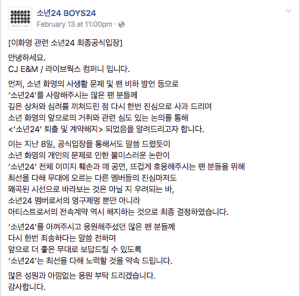 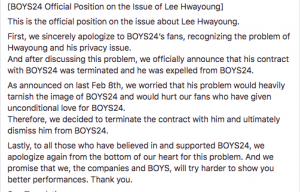 Rumors have been floating around that the clip was edited and faked to make him look bad by an ex-girlfriend but fans have been generally disbelieving.  What do you think? Was Hwayoung’s punishment too harsh? Let us know in the comments below!

Stay tuned with Officially KMusic for all the latest updates in Entertainment!