The Boyz to make their return with ‘The Start’

The Boyz to make their return with ‘The Start’

It looks like The Boyz will be making their return with a new mini album, ‘The Start’. They had made their hot debut with ‘Boy’ and fans surely are excited to see what they will bring to upcoming comeback. Meanwhile, check out the comeback schedule below! 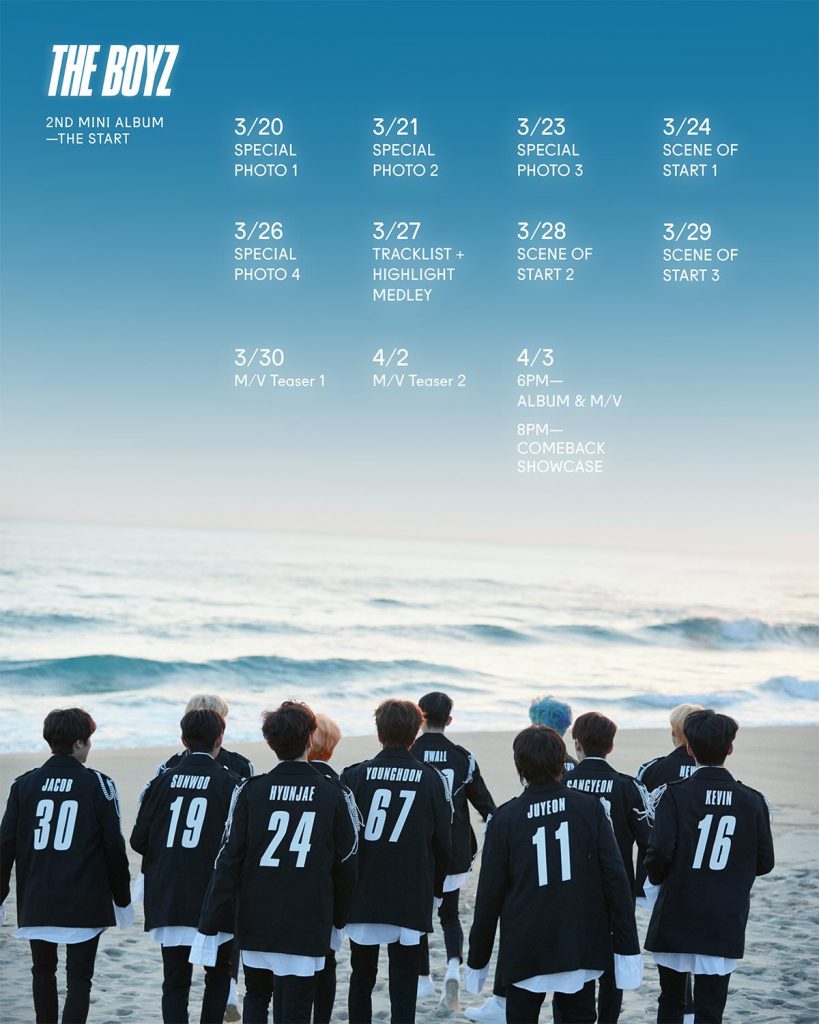 From the teaser, it appears they will be returning with a soothing track that is perfect for the Spring season. To get fans excited, they will dropping various teasers. This includes four special image teasers on March 20th, 21st, 23rd and 26th. They will also drop three scene of start onMarch 24th, 28th and 29th.

There will also be a tracklist and highlight which is scheduled for March 27th. Finally they end the teasers with two MV teaser for March 30th and April 2nd.

Meanwhile, The Boyz will make their hot return on April 3rd. Are you ready for their return? Let us know in the comments below!