BP RaNia has been quite busy this month! The girls have announced their comeback earlier in the month. The girls have dropped their individual image teasers. From the images, it looks like the girls have gone for a ‘girl crush’ concept, which is unlike what they have done before. They used to do many sexy concepts, so it will be interesting to see how this concept fits them. On top of that, the girls have dropped quite a unique MV teaser for ‘Beep Beep Beep‘. So, check them out below! 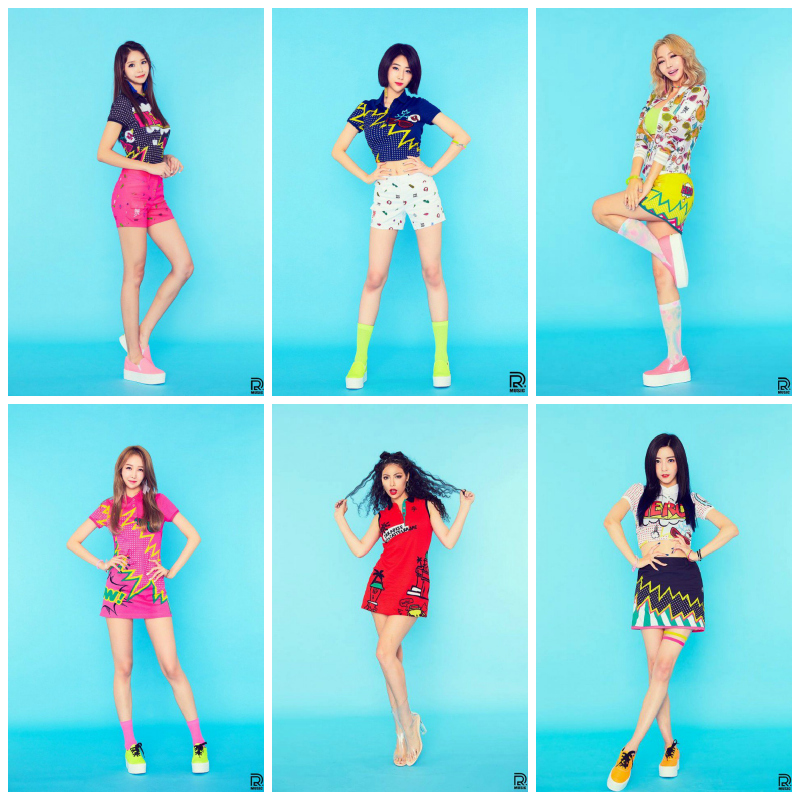 Each of the girls have the beautiful background that helps make them stand out individually. Their outfits are quite retro yet fun, bringing out the colourful side of the girls. On top of that, the images definitely are well matched for the summer, looking all pretty for their ‘girl crush’ concept. However, they do put their own elements to the ‘girl crush’ concept, bringing in their signature style. What makes the images so nice is how bold and bright their outfits are. It surely has fans admiring each outfit! Which one do you like more?

As mentioned, this is quite a unique MV teaser. It showcases the times when the girls went busking for this comeback. They had held guerilla performances in Daegu and Busan to perform ‘Beep Beep Beep‘. The sound itself has a disco feel which is quite upbeat. It definitely is the perfect sound for summer, where people will definitely dance to this song!

The girls are sporting very neon outfits, bringing out the summer vibe. It is nice to see the girls are working hard to promote their upcoming track, ‘Beep Beep Beep‘. It is a different sound than what fans are used to. However, from the teaser, they surely fit nicely into the ‘girl crush’ theme, where their voices are so soothing to listen to. It runs so nicely against the rhythm. Fans are definitely excited for its full release.

Meanwhile, there is no release date confirmed for ‘Beep Beep Beep‘. But, be sure to check out the teasers above! What do you think about the song so far? Let us know in the comments below!