Fans are in a state of disbelief after reports of SISTAR’s disbanding started circulating in the last hour. Starship Entertainment have now officially announced the group’s break-up, stating that although the group was disbanding, contract discussions were still ongoing with individual members.

Similar rumours made the rounds in earlier in 2017, but SISTAR were still talking about renewing contracts and upcoming releases.  and just as recently as this month, had released a comeback teaser image. 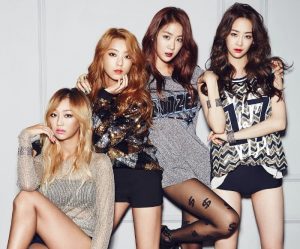 Soyu, Hyorin, Dasom and Bora debuted as SISTAR in 2010, and after seven very successful years as a group, they’re going their separate ways. We wish the girls the best with their new endeavours, because we know these talented singers (and actors), won’t be retiring any time soon! Check out our last interview with them below!

Scroll for more
Tap
Pop the champagne for iKON’s “BLING BLING” and “B-DAY” MVs!
VIXX take first win with “Shangri-La” on the eve of their 5 year anniversary!
Scroll
Loading Comments...