BTOB‘s Changsub is gearing up for his upcoming Japanese debut. He will be releasing a debut album, ‘Bpm 82.5‘ with four different versions. He has revealed the different album covers and also dropped the music video teaser for ‘At The End‘. Last April, he had dropped the Korean version of ‘At The End’ as part of BTOB’s special project. It will be exciting to see what it will sound like in Japanese! So, check it out below! 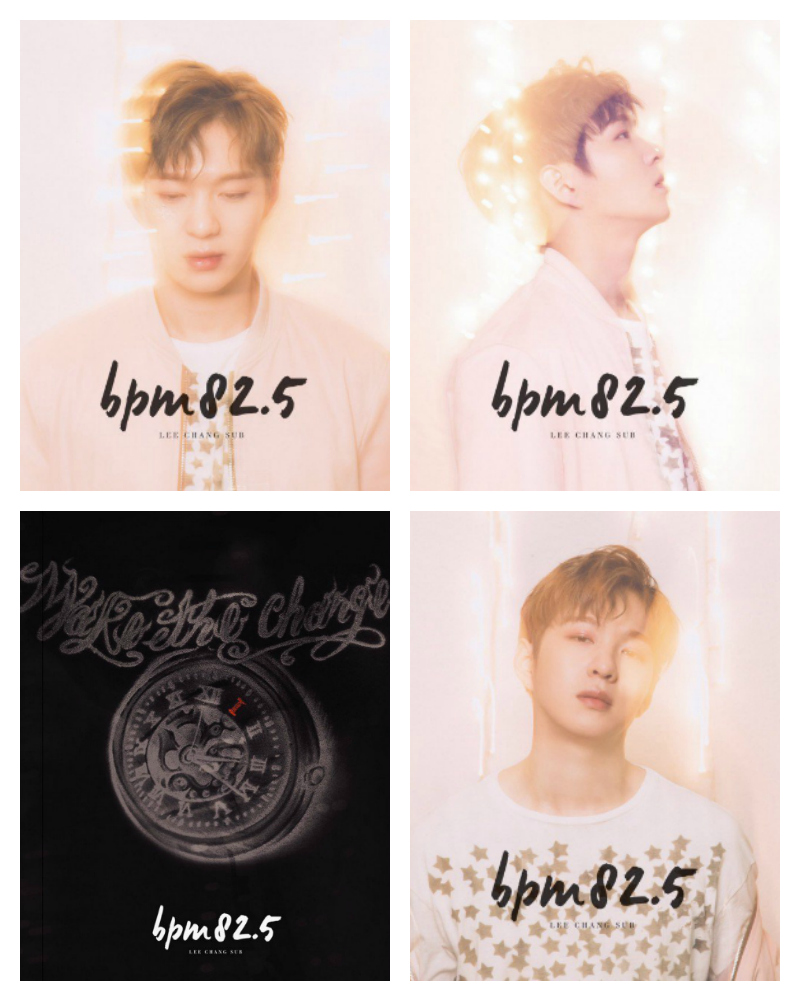 ‘Bpm 82.5’ will consist of four tracks including ‘At The End’, ‘Believe In Me‘, ‘Happiness‘ and ‘This Flower, For You‘. So, as can be seen above, there will be a total of four versions of ‘Bpm 82.5’. It consists of type A, B, C and a special edition album featuring an image. In the different letter types, it features Changsub in a beautiful light pink colour background where he looking very sparkly and beautiful. What is so amazing about these images is the fact that BTOB’s Peniel was the one who took the images! Which cover has caught your attention?

Changsub has also dropped the music video teaser for ‘At The End’. ‘At The End’ is a beautiful rock ballad where it is able to showcase Changsub’s beautiful vocals. It is the kind of voice that is able to bring chills to those who listen. It is quite a beautiful track and fits nicely into Changsub’s personality. On top of that, the scenery gives off a sad vibe with many random rainbow spotlight passing through. It definitely has fans super excited for his Japanese debut!

Meanwhile, Changsub will be making his Japanese debut on May 7th! So, check out the music video teaser above! What did you think about it? Let us know in the comments below!