As promised, BTOB have released their comeback schedule for their eleventh mini-album ‘This is Us‘.

The schedule gives us an idea of what types of teasers we can expect and when they’ll be released.  It includes the usual teaser items such as concept images, track list and audio snippet, but, there is also mention of a  pre-release track ‘The Feeling‘ on June 11.

Before that, we’ll see the first concept image on June 4.

From the images we’ve seen so far, it looks like it’s going to be a tropical and relaxing concept. 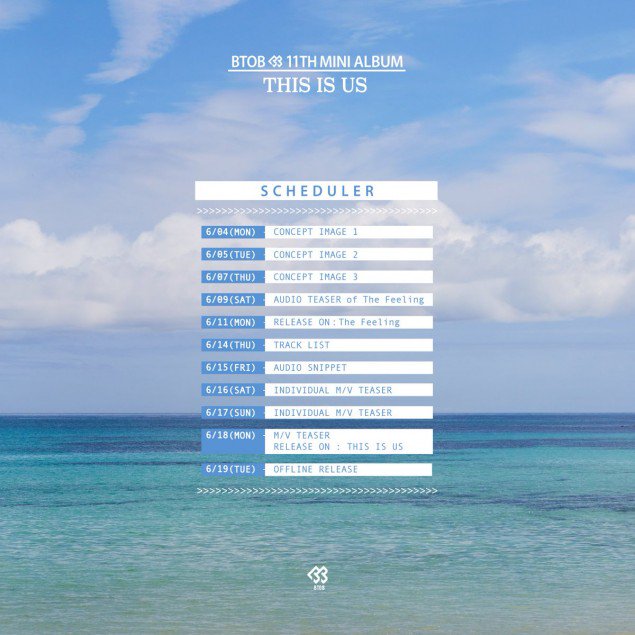 BTOB‘s eleventh mini-album ‘This Is Us’ is scheduled for release on June 11 at 6pm KST.

Are you looking forward to BTOB making a comeback?   Let us know your thoughts in the comments below.