On December 3rd, Changsub from BTOB released his track list for ‘Mark‘. Check it out below! 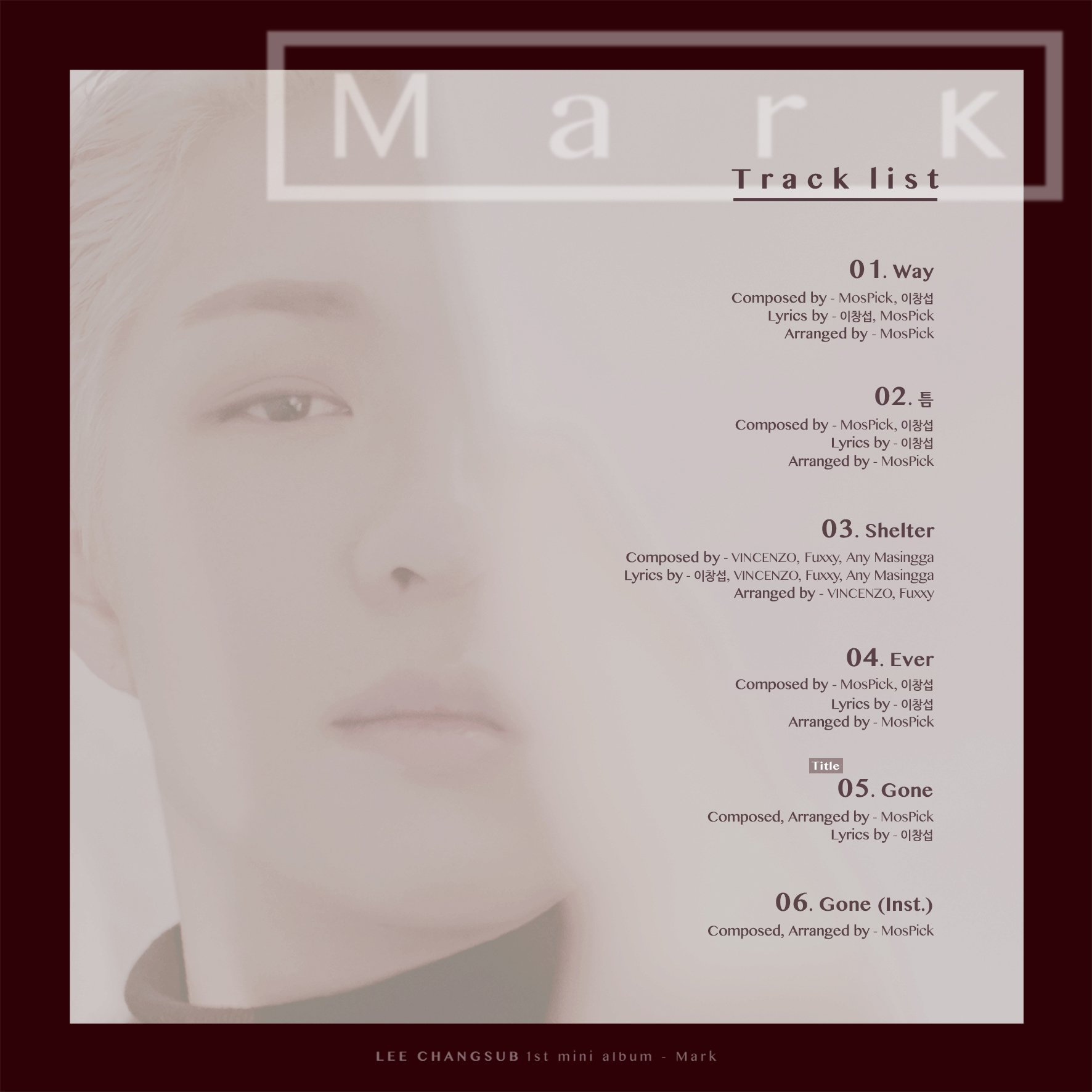 The album contains six tracks in total, including an instrumental version of the title track ‘Gone‘. Like the rest of the previous teasers, the image shows a faded photo of Changsub. This suggests that his comeback could be quite mellow and sentimental.

What do you think about Changsub‘s track list for ‘Mark‘? Let us know in the comments below.