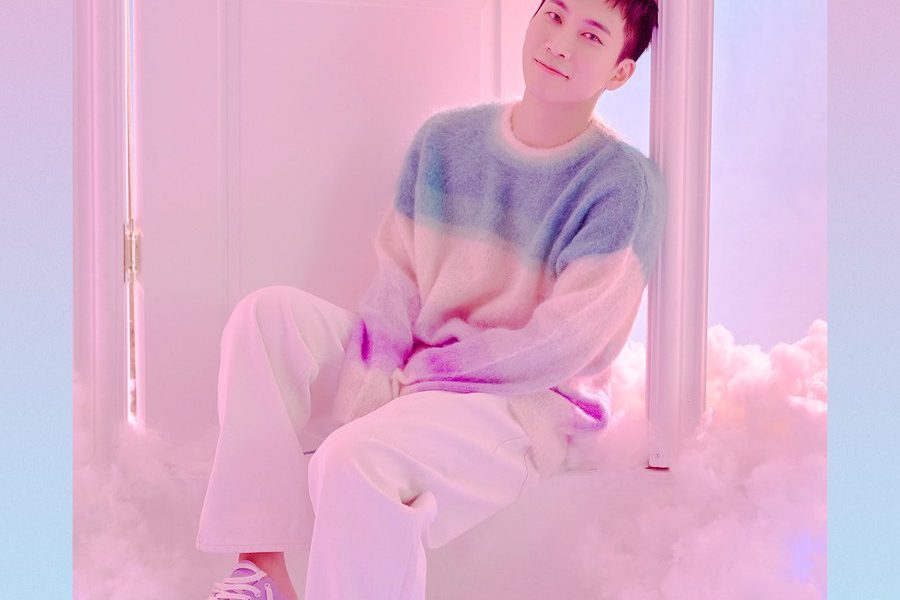 BTOB‘s Eunkwang will be releasing a pre-release single titled ‘서랍‘ on the 21st.

The first image released shows what looks like a staircase to heaven. The pink and soft blue colours amongst the fluffy clouds creates a soft and innocent image. In the next three images Eunkwang poses in the same set, wearing a fluffy sweater furthering the sense of innocence and sweetness.

Eunkwang poses with the door and on the steps and he smiles sweetly into the camera. Not much about the song is given away in the teasers.

Will you be checking out Eunkwang‘s release on the 21st? Tell us in the comments below!