That was the first tweet from BTS  and now here we are, celebrating their 700th day!  To make the anniversary even sweeter, they won 4th music show award for their latest comeback “I Need U” from the mini-album“The Most Beautiful Time In Life pt.1”.

With the humble beginning that Bangtan had, nobody even imagined the great success they are living right now in this moment. BTS didn’t have famous sunbaes to promote them, they didn’t have a lot of resources for promotions on big level like the artist from big companies do, but they had what mattered:  Hard work, endurance and striking originality.

Looking at this video again after all this time, I couldn’t be more proud of them! I remember debut days like they were yesterday. Everyone was so excited about EXO because at that time they hype around “Growl” was at its peak! But somehow BTS had amazing likability and striking originality from their start and they were able to catch fans’ attention and hold it.  However, like a lot of groups, they drew negative attention as well.  The fact that they were so different from every other group at the time made it easy for people to predict that they would either not gain popularity or they would not be able to last in the industry. 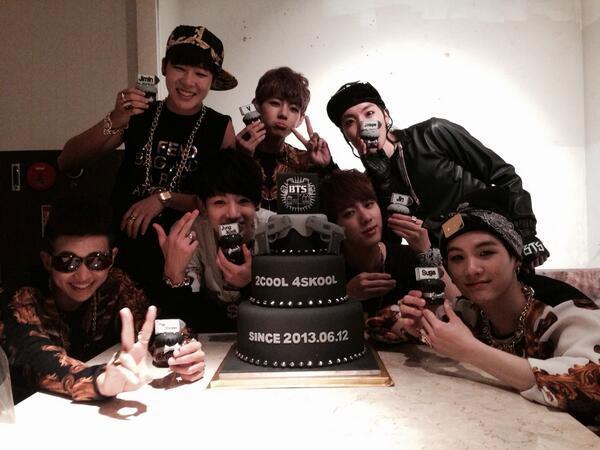 What made them problematic for some but perfect for others was the fact that they showed a stronger and harder hip-hop sound with their first two releases; “No More Dream” and “We are Bulletproof pt.2”  What is particularly interesting looking back is that BigHit is relatively small company so they were unable to do the level of promotions that larger labels can so the fact that there are so many fans that have been with them from the start is a testament to their style.

By the time their second round of releases came out, they were starting to gain momentum.  Despite “Boy in Luv” and “Just One Day” having suck a different look from their debut releases, and in the case of “Just One Day” being completely outside of the hard-hitting swag we thought they would be known for, BTS enjoyed more recognition and an ever-growing fanbase.

When “Danger” came along, no one was surprised by the slight change in sound or the nature of the lyrics.  The choreo and their precision earned them more fans and more attention.  The most recent release “I Need U” has been their largest success to date.  It seems like more people are realizing what all of us that have been here since debut already knew:  BTS has what it takes to last as long as the greats. 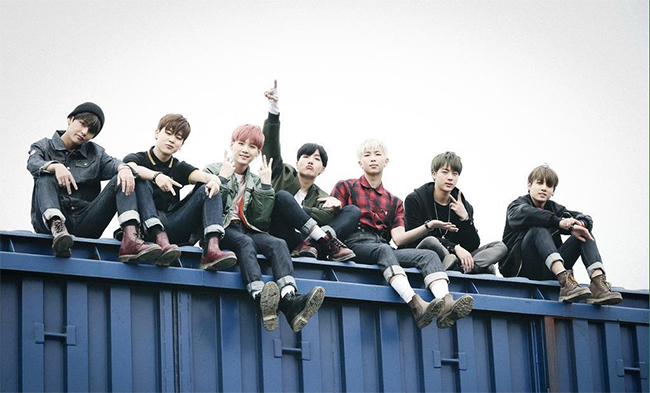 It’s amazing to see how far these guys have come in just 700 short days.  One of the things that makes them such strong contenders in K-Pop is that they are very close off-camera.  They have passed beyond simple co-workers and how have said that they consider themselves friends and even family.  That kind of support system makes it possible for the groups to withstand the fickleness of fans, the internet pressure and inevitable bullying that causes so many groups to collapse before they really get a chance to get started.  Here’s hoping that they continue making fabulous music and making fans happy for another 700 days!

Are you a fan of BTS?  How long have you been a fan?  What’s your favorite song?  Do you have a bias?  If not, good luck in picking your bias, it took me more than a year and a half!  Let us know your thoughts in the comments!

Officially KMusic brings you the latest news from K-Pop so stay with us for that as well as more celebrations of your favorite groups’ milestones!