BTS has confirmed a comeback date!

On the BTS official fan cafe, Big Hit Entertainment has notified ARMYS  that the boys will be making a comeback on February 13th! Their upcoming album will be a repackaged version of their ‘WINGS‘ album titled, ‘WINGS: You Never Walk Alone.’ Fans have been speculating the 7 member group’s comeback for a while now with hints shown here and there through broadcasts. The appearance of a new logo at this year’s KBS Song Festival, and the words “You Never Walk Alone” which were mentioned by leader Rap Monster at the 2017 Golden Disc Awards are just a few of the hints mentioned. No additional details have been released yet, but fans can preorder the album on January 25th! 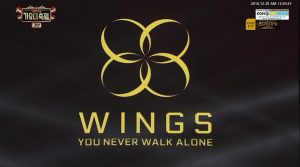 What are your thoughts on the boys making a comeback? Let us know in the comments below!