Jimin from BTS will not be recording for ‘The Graham Norton Show‘ in the UK due to health issues. The episode that the group is appearing on is scheduled to air on October 12th, but Jimin is unable to participate. BigHit Entertainment released a statement addressing this issue.

Check out Bighit Entertainment’s statement regarding Jimin below! 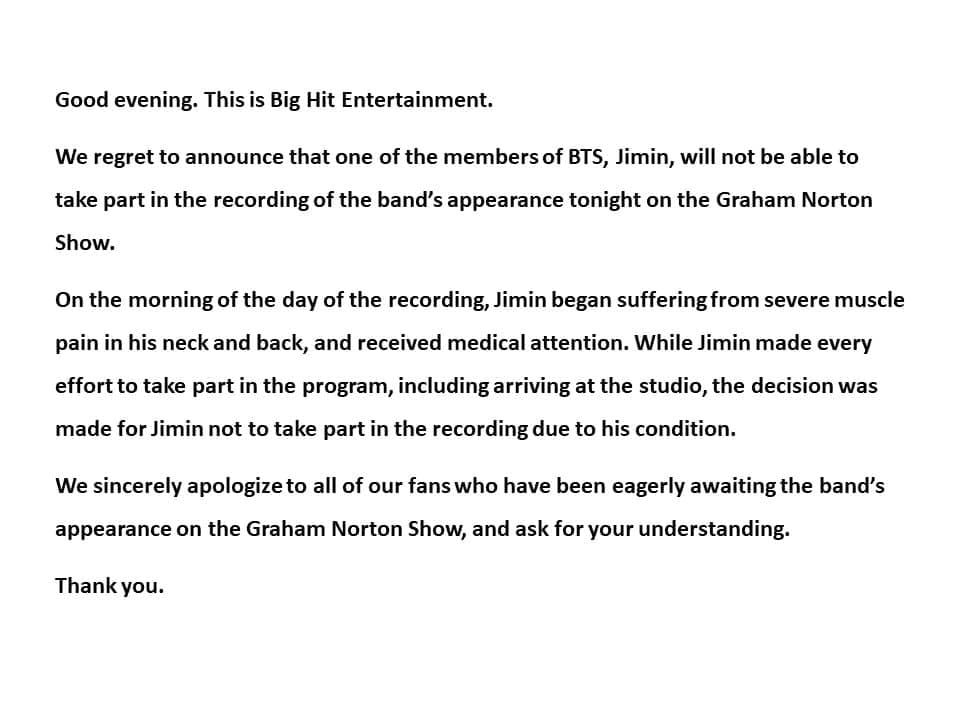 In the statement, their company stated that Jimin has started to suffer from “severe muscle pain in his neck and back“. Since Jimin is the main dancer of the group, this would significantly affect his dancing abilities. As a result, he will sit out of the recording for ‘The Graham Norton Show‘. Luckily, Jimin received medical treatment so he can get better for future activities.

Since this announcement, fans have been responding by wishing Jimin well. On various social media platforms, fans have sent their well wishes to this dancer.

BTS are currently on their ‘Love Yourself‘ world tour. They just performed in London in the UK.

Are you looking forward to Jimin‘s return to group activities? Let us know in the comments below!