BTS member Jungkook had to sit out at the group’s London concert due to a minor ankle injury. Jungkook performed at the concert but remained seated instead of taking part in the choreography.

Big Hit Entertainment, BTS’ label, released a statement on twitter explaining that said the injury happened when he ‘collided with floor furnishings’ while stretching and that he received treatment straight away.

Read the full statement below: 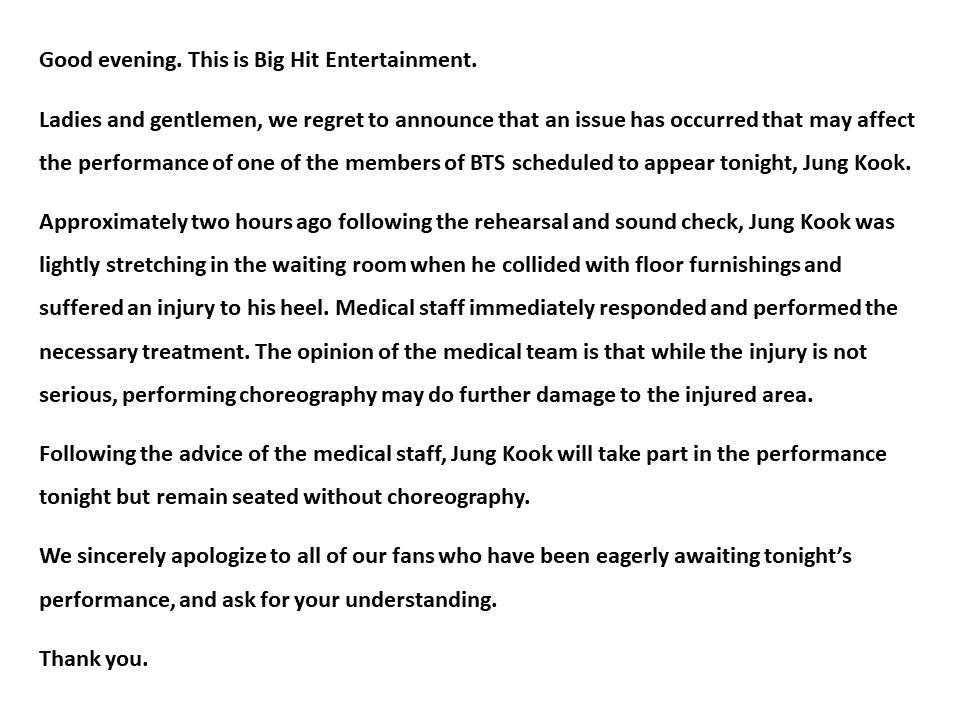 Armys flooded social media with support for the BTS member, especially once videos showing him breaking down during the encore of the show began circulating. Jungkook‘s name also trended worldwide on Twitter.

BTS continues their ‘Love Yourself‘ Tour on October 17 at the Mercedes-Benz Arena in Berlin.