Worldwide Kpop idol group BTS strike excitement releasing an all stadium tour extension to their Love Yourself tour that you can read more about here! 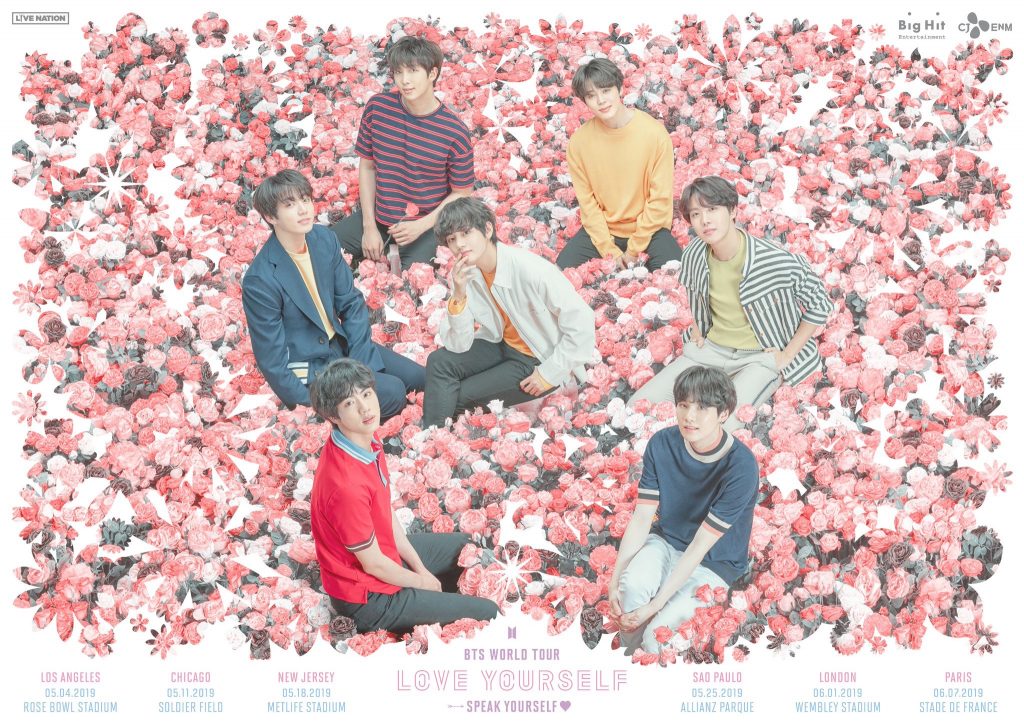 The new extension is called ‘Speak Yourself’ and will consist of ten stops in eight different countries including North and South America, Europe and Japan with more dates still to be confirmed. Sales began on Saturday the 1st of March 2019 with Armys managing to sell out five out of ten stadiums in the first day. One of the five stadiums to sell out was the Wembley stadium holding a total of 90,000 people and was sold out in 90 minutes!

With news of the tickets release, Armys flocked to ticket sites causing mass panic as many fans attempted to purchase tickets. Due to high demand the site experienced slight delays on ticket purchases as usual. However, most venues have teased that more dates are being released. It’s no secret that the boys have a large and growing fan base so such a result can only be expected.

Were you able to obtain tickets to the ‘BTS Speak Yourself Tour’? If so, how was your experience? Let us know in the comments below.

Scroll for more
Tap
BTS announce their world tour ‘LOVE YOURSELF: SPEAK YOURSELF’
BTS will be appearing on Saturday Night Live in the US!
Scroll
Loading Comments...