You’ve made it to the final part of the review, so well done for staying with me and my long-winded BTS sentiments! It’s time to finish this off with the final 3 tracks of ‘Wings.’ 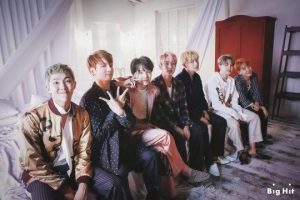 Is it possible to have song that ranks higher than number one? Because I think I may have found it here. The track does carry a very old-BTS feel and reminds me of ‘Boy in Luv‘ days and the theme of this song deserves an A plus.

I wouldn’t classify myself as a feminist, and to be honest I’m not even sure how to define a feminist. But I think they would approve of this song that empowers 21st century girls and doesn’t treat us like objects. The up-tempo instrumental gets you moving and the lyrics are perfect for those days when you need a serious pick me up. And I’m in love with the breakdown at the very end of the song.

Thanks BTS, if we didn’t already love you enough, this song definitely puts you in a different league in our hearts.

Here it is- the official fan song. How great it is to have a specific song dedicated to fans that can be sung along at concerts? BTS takes their fan love to a whole new level.

It’s a bitter-sweet track but relays all the important emotions. I have one favorite part of this track that I think conveys the gratitude artists have for fans and really sums up the track:

“(So thanks) believing in someone like me, dealing with these tears and wounds, (So thanks) for becoming my light, for becoming the flower in the most beautiful moment in life.”

I really look forward to hearing this track at concerts and hopefully I’m one of the many fans who get to sing this with them.

My reaction to this track was simple: “Is this it?”

I hadn’t even realized that this was the final track on this emotional rollercoaster, so when it ended I just sat there for a few minutes in disbelief. The album progresses slowly from dark into light and concluded with this upbeat hip-house track that basically tells you keep on keeping on. Perhaps I was enjoying Jungkook’s, “Take me to the sky” a little bit too much which is why I didn’t realize the album was over. But overall, this track left me in a bit of a conflicted mood- I was uplifted but sad. Only BTS is able to do that to a person.

So to sum up this amazing album, here are my final thoughts on how it all ties together.

From the get go, there is a very dark feeling present because it’s no longer about high school or adolescent problems. The intro sets this feeling in place quite well, and it’s clear this album tackles issues faced by those who realize it’s time to grow up. Temptation, negative thoughts, and appreciation for things we took for granted, are some of the things reflected here. This album may well have been called “Boy Meets Adulthood.”

Another thing I must say is, as much as I am a huge BTS fan, I admit I don’t pay attention to the leader all that much. However, ‘Wings‘ has really forced me to see how extensively he’s involved in the production of BTS’s sound. The solo tracks were also a brilliant idea to show how talented each member is- that’s right everyone, no more sleeping on one of them because they haven’t shown enough of their skills. For me, Jungkook and Jin are the two members who I now see in a new light. 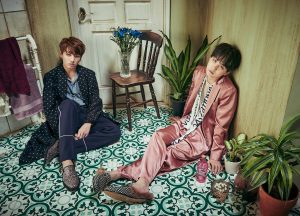 I also thought about the pairings and how each song relates to the other.

Jungkook and Rap Monster formed one unit. The songs complement each other with ‘Begin’ showing gratitude after overcoming insecurities. On the other hand, ‘Reflection‘ plays on those negative thoughts that can be overcome with the support of the important people in your life. Two things I loved here were the broken instrumental intro to ‘Begin’ and the hints of real life in the background of ‘Reflection,’ giving you the feeling of being at Ttukseom.

Jimin and Suga formed the second unit- which was also my favorite unit. Both songs tackled the theme of love but in different ways. While ‘Lie‘ focused on the consequences of love gone wrong, ‘First Love‘ showed appreciation for the right type of love- albeit that love is not for a person. Both songs also carried intense passion, making them the top solo tracks on this album for me (with the exception of ‘Awake‘). 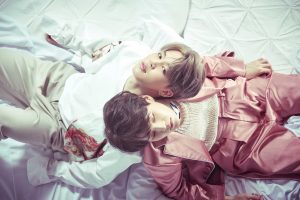 J-Hope and V addressed family in both their tracks. While ‘Mama‘ showed gratitude towards a supportive mother, ‘Stigma‘ carried apologetic tones to people V saw as siblings. The track instrumentals are also pleasantly contrasting with the classic sound of ‘Stigma’ against the retro-funk of ‘Mama,’ accurately representing the feel of each song.

Jin formed a unit on his lonesome which I thought was fitting. ‘Awake‘ is a track that carries the feeling of feeling like you’ll never be able to achieve the best, and that’s something you can only overcome alone. 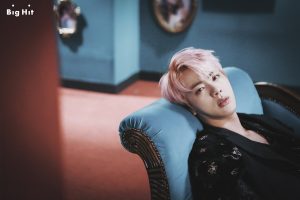 You’ve been here long enough so let’s wrap this all up with the final track and album scores (which were immensely difficult to decide on!).

Each track is scored out of 10 based on lyrics, instrumental and vocals/rap. Unit/Group songs also have the added element of part distribution.

The final album score is out of 10 and based on the arrangement of tracks and production value. I loved the progression from dark into light and the conclusion with an uptempo, uplifting track which really gave meaning to the title ‘Wings.’ The lyrics for each track impressed me more than with previous BTS albums due to its mature themes and the great execution. The album also scores highly once again, due to the idea of solo tracks.

And this brings us to the end of our Wings journey! Check out the previous reviews W, I, and N! Stay with Officially Kmusic as we bring you the latest in Korean Entertainment!