It has been revealed that BTS‘s Jimin and Jungkook will be the special MCs for MBC‘s “Music Core” this week!

It was also informed that BTS had performed their latest hit track “Fire” at the festival.

That afternoon, on the same day, the group had confirmed the news on their official Twitter account where they shared a photo of the members backstage at the concert. Jimin also shared an adorable picture of himself with Jungkook. 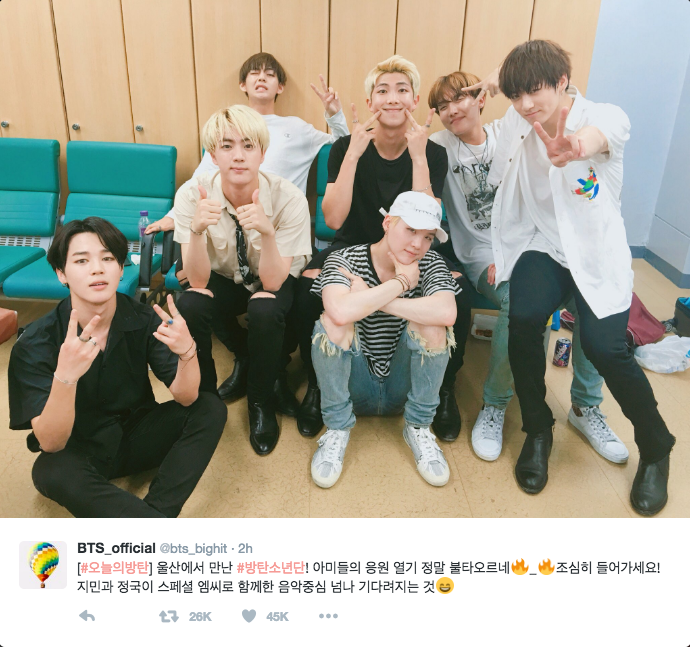