A.C.E have finally made their comeback!

The group has released their single album track ‘Callin’ and it is showing a different and more mature concept than we saw on their debut with ‘Cactus’.

The song itself starts slowly before building in intensity and tempo.  The same theme is kept throughout the MV, which switches from a thoughtful, almost dreamy concept to an outdoors, casual concept mixed with energetic dance sequences.

The song is powerful and energetic, which works with their impressive choreography.

The group also released a new group teaser image just prior to releasing the music video.  In the image, the group are dressed in autumn fashions which give a distinct and more mature image while still displaying their charms and charisma. 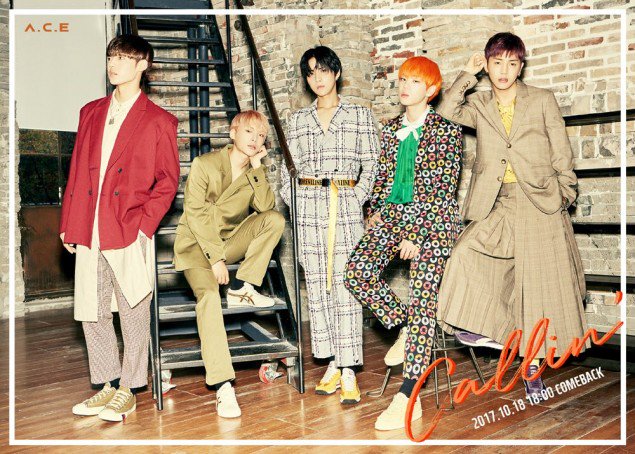 A.C.E will be actively promoting ‘Callin‘ while also participating in the KBS2 show ‘The Unit‘ which commences at the end of October.

What do you think of A.C.E‘s ‘Callin‘ MV?  Are you looking forward to seeing them participate in ‘The Unit‘?  Let us know in the comments below.

Scroll for more
Tap
Jeong Jin Hyung is telling you that his love is ‘Tru’!
SM Station to release remix versions of EXO ‘Power’
Scroll