Chan-sung Is A Sizzling Summer Boy For ELLE Korea Magazine!

Chan-sung Is A Sizzling Summer Boy For ELLE Korea Magazine!

2PM‘s Hwang Chan-sung turns into a hot summer boy for the July 2016 issue of  ELLE Korea.

In the images, he looks like a sweet and charming young man  who is unfolding his intense charisma, spellbinding you naturally. The color of the watermelon and the orange backdrop looks so good together. It’s obvious that in every angle, Chan-sung‘s handsomeness is being displayed. 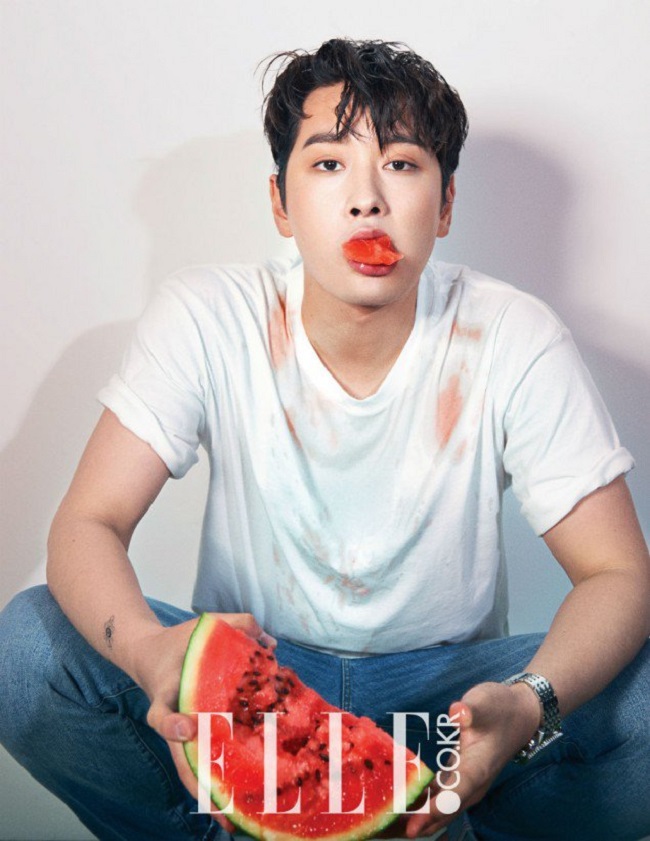 Besides the photo shoot, Chan-sung also sat down with the magazine for an interview and he has answered some pretty interesting questions.

When he was asked what makes work fun for him, he stated that the curiosity he has towards many things makes it have a sense of fun towards his work. His ability to observe and understanding a person is his distinguished characteristic which makes him a creative and an expressive artist. He believes he is unique not only with his character, but also with his looks; so that if anybody else is to play the same roles as he does as an actor, it cannot be copied. Therefore, his work is more fun for him. 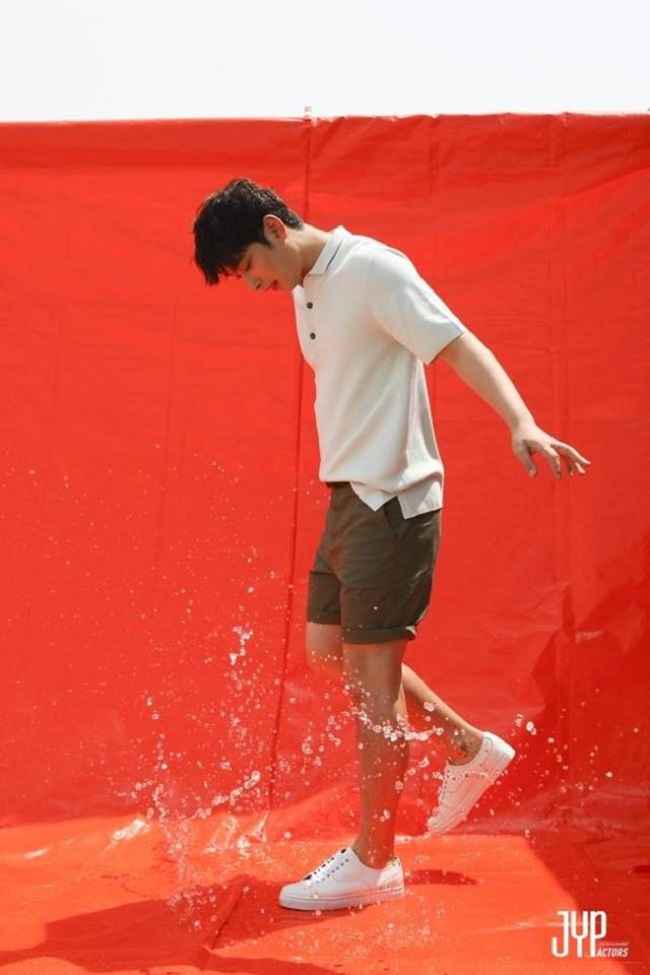 Also, he admitted that he gets jealous if he hears of someone who becomes successful and earns much money. What makes him special is that despite his such feelings, he would never want to be that person. He doesn’t want to insure happiness and he does not have the need to make everything that he wants to happen. In his point of view, the passion that he has for his success disappears. He needs to be wealthy without losing his passion towards his work. 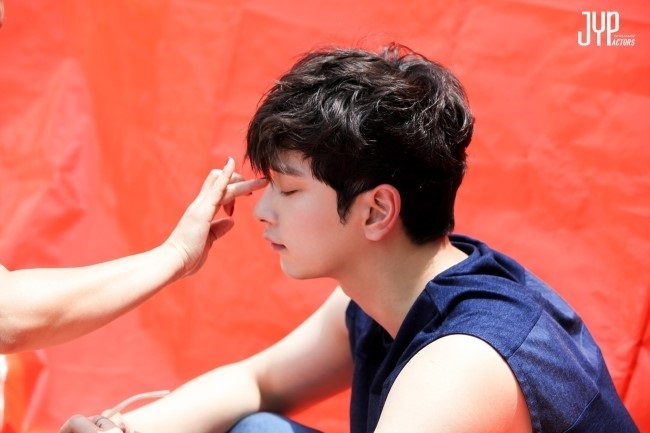 He stated that meeting people and having conversations are the types of things that he enjoys. “As I grow interested towards other, I tend to develop habits according to that person’s actions and their natural behavior,“ he added. Hence, he enjoys discovering his own habits.

The hard road he took since his debut was mentioned, too. As a person who debuted at the very young age, he’s been traveling his way cautiously and steadily. He has developed himself to be what he is now  and is full of space for more improvements. He finds himself in need of more endurance and flexibility. However, so far he is satisfied with his own work. 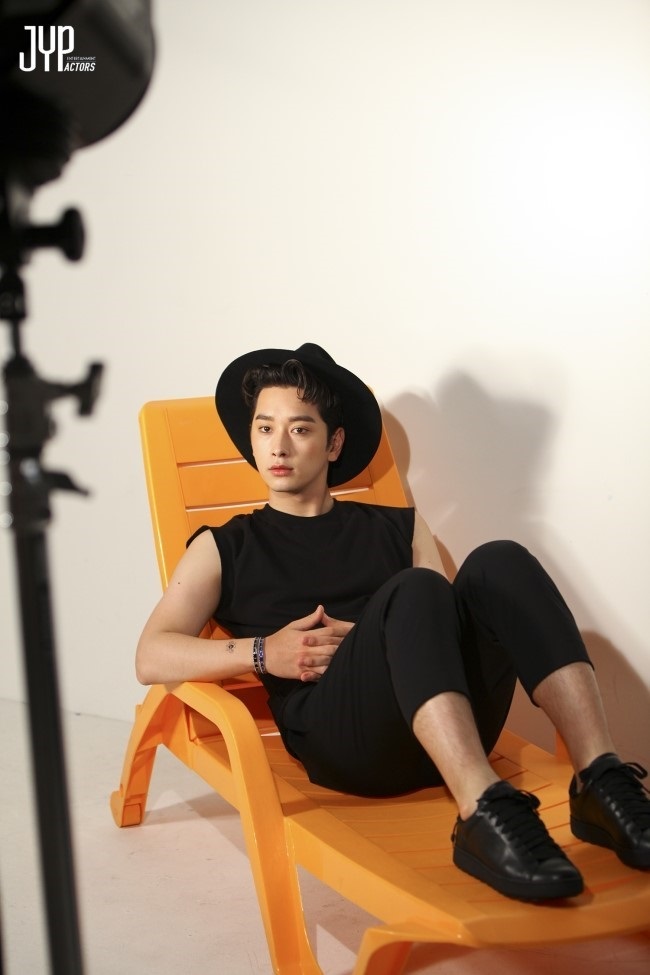 He remembered about how he’s being praised for work. He has always been that person who accepts all that comes his way in both hands.

He also remembered how he wanted to be popular when he was younger. In time he has realized how popularity disappears in seconds. As he became grateful for the love and the appreciation that he gains in present time, he states the words of Park Jin-young that inspired him: “All that remain are skills. If you are skilled, you will take a long road like me.” 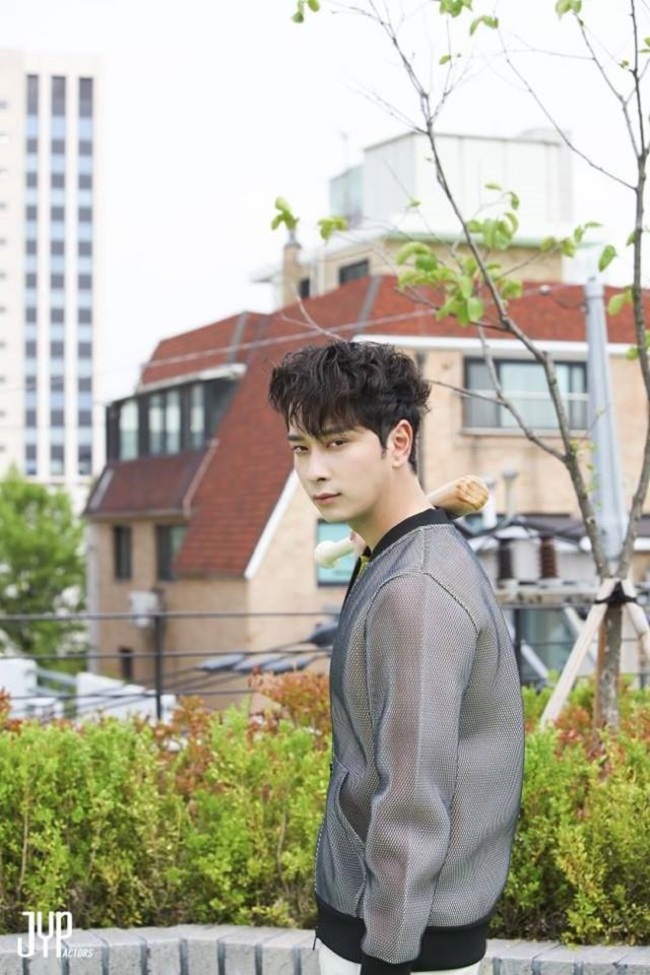 “We should keep ourselves entertained always. If the conditions are not complex deciding is easy,” he stated. “This looks fun! Let’s do It!”  and that is how he gets into action.

He was questioned about his music life as a lyricist and he said that he still writes lyrics. As for the latest ballads in which he wrote for 2PM‘s latest album, they had been rejected.

When he was questioned about what type of character he thinks he mostly fits, he said that he is available for any sort of a character. A romantic comedy seems to be in his best interest. Indeed he has shown his colors in such stories on the screen before. He thinks he can portray a character of a boy who is cool and sassy, but also naive and dopey with his girlfriend. 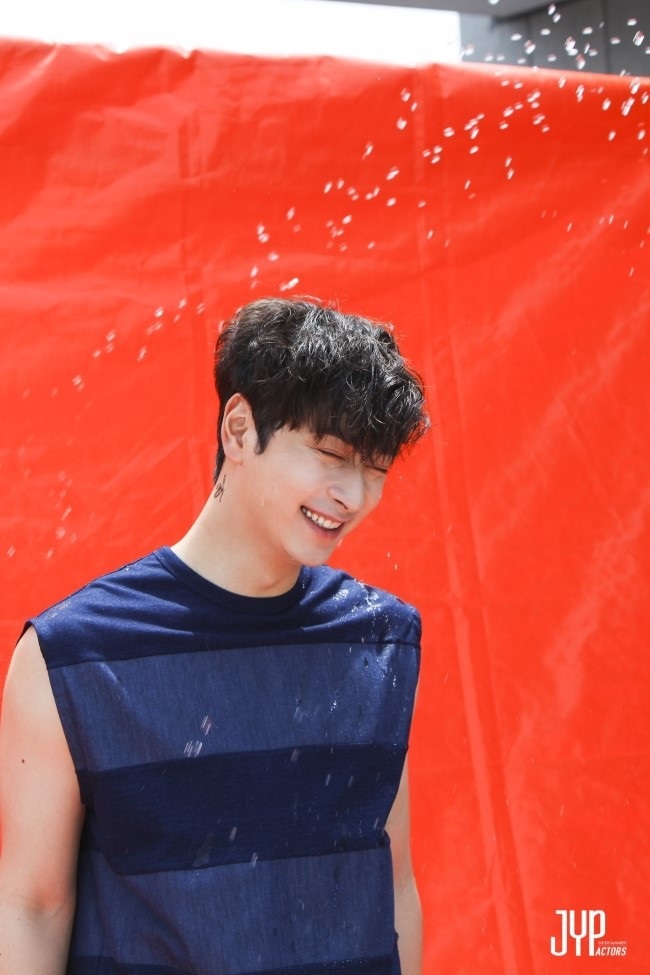 As he opens up about his life on his own, he stated that he needed to be living independently since he was young. Although it is his first time living alone, it’s been just a year and he doesn’t seem to feel lonely. He said he likes being independent, to take decisions on his own and do certain things without anyone’s interference.

As he pulled through the interview successfully answering the curious interviewer diplomatically, he managed to bring out himself adorable and loveable. 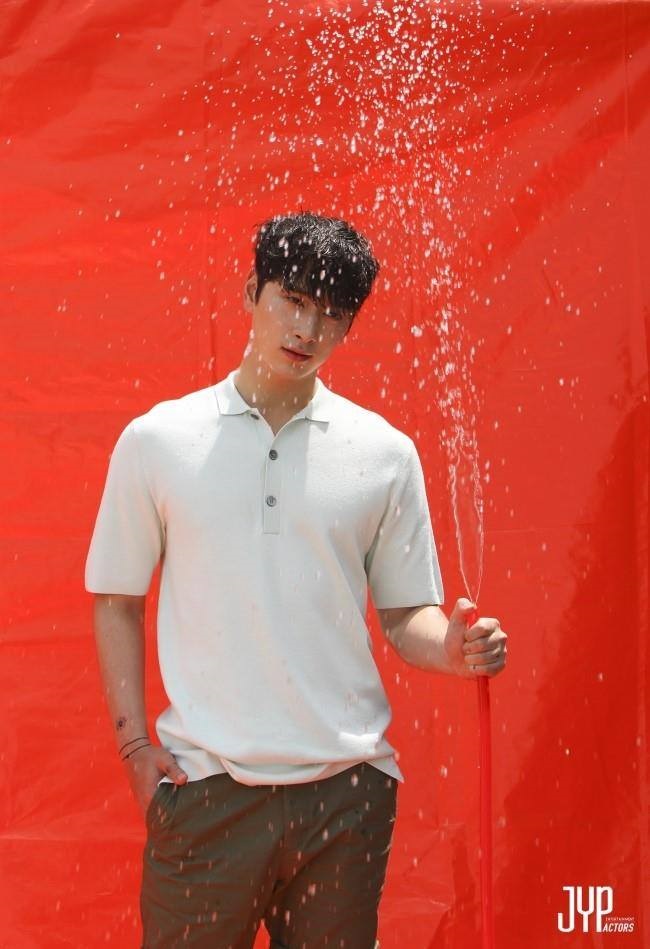 The interviewer asked, “Are you a person that can be easily approach?”. He answers, “I try to match along with the other person without letting that person feel uncomfortable because of me.”

Hwang Chan-sung can be named as one of the most humble, outstanding and wonderful persons in the Korean entertainment scene. He is an impeccable creation of many of amazing qualities a person should have.

To know more about what Chan-sung speaks of, be sure to keep an eye out when this edition of ELLE Korea gets released.

Share with us your love for this adorable artist in the comments below! Stay tuned to Officially Kmusic as we bring you the latest news from Korean Entertainment!