EXO’s Chanyeol and Girls Generation’s Sunny will be travelling to the U.S. to film tvN‘s ‘Salty Tour‘! They will be heading to Los Angeles and San Francisco in California with the rest of the ‘Salty Tour‘ crew, which includes Park Myung Soo, Park Na Rae, and Jung Joon Young. 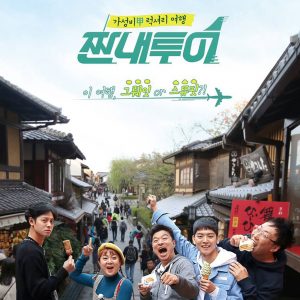 ‘Salty Tour‘ is a travel variety program that focuses on having an enjoyable vacation at a low and fixed price in a different city every time. Notably, this is the first time that the variety show is going to the U.S. for an episode. Last year, the show stopped by Japan and Bangkok and this year, they have already travelled to Hong Kong, Japan again, Singapore, Malaysia, Taiwan and Russia.

This upcoming episode featuring S.M. Entertainment labelmates Chanyeol and Sunny is set to broadcast sometime in May.

Are you looking forward to seeing Chanyeol and Sunny together on ‘Salty Tour‘? Let us know in the comments below!

Scroll for more
Tap
Gikwang, Taemin and Eunhyuk – who would you choose as ‘The Dancer’
Girls’ Generation’s Hyoyeon and MAMAMOO’s Wheein is the next duo to participate in ‘Secret Unnie’
Scroll
Loading Comments...