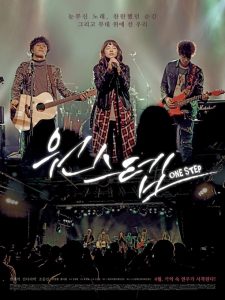 The first trailer for the upcoming movie, ‘One Step‘ has just been released!

The movie is an adaptation off of the American movie, ‘Begin Again‘ which starred Keira Knightley, Mark Ruffalo, and Adam Levine.

The upcoming movie is a musical drama starring former 2NE1 member, Sandara Park. The story centers around two people, Si Hyun (played by Park) who lost her memories from an accident, and Ji Il (played by Han Jae Seok), who is unable to write a song again for some reason. The film shows how the both heal together through music. The film is expected to release in April.