Cheetah will be returning with her first album, ‘28 Identity‘. She has lots in store for her fans. So, check out the comeback schedule, as well as the tracklist below! 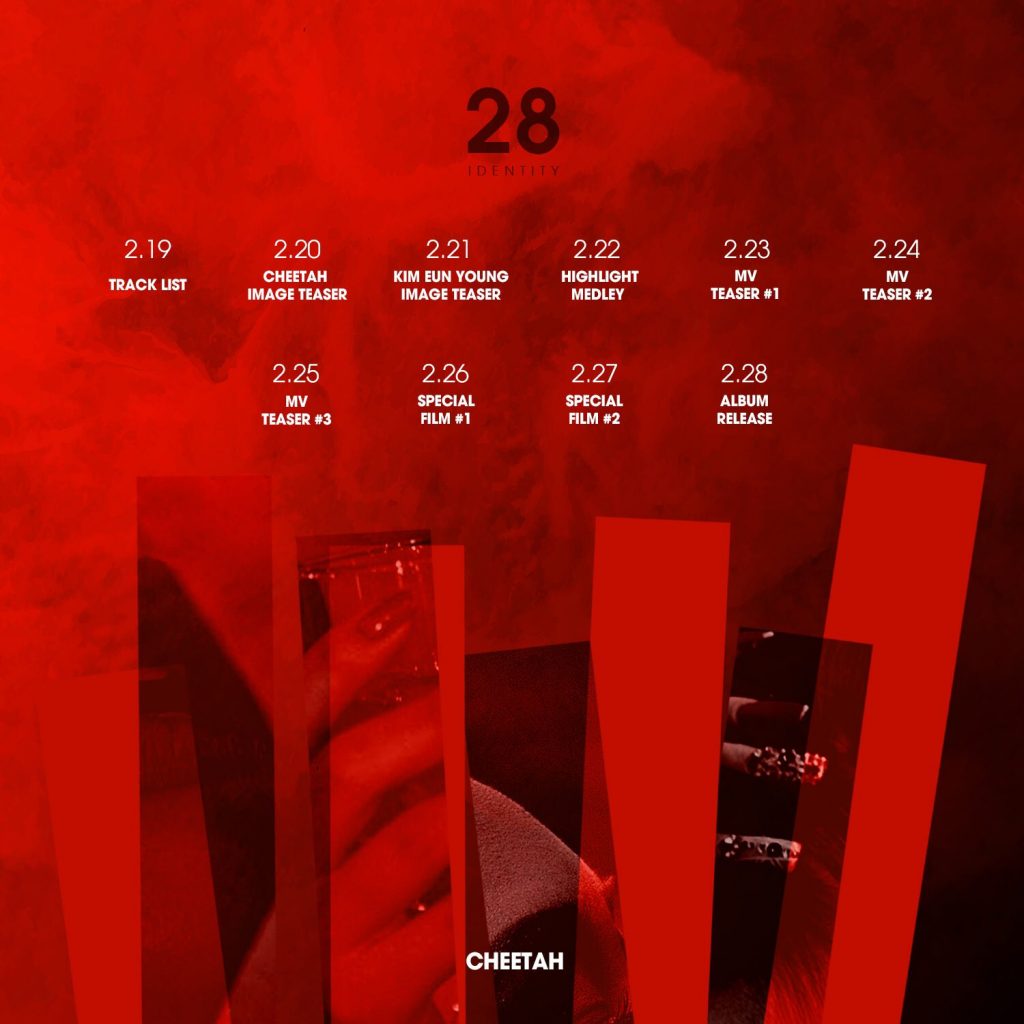 In her schedule, she will be releasing many teasers. This includes two image teasers on February 20th and 21st, a highlight medley on February 22nd and three MV teasers from February 23rd to the 25th. She will end the teasers with two special films, set to release on February 26th and 27th. 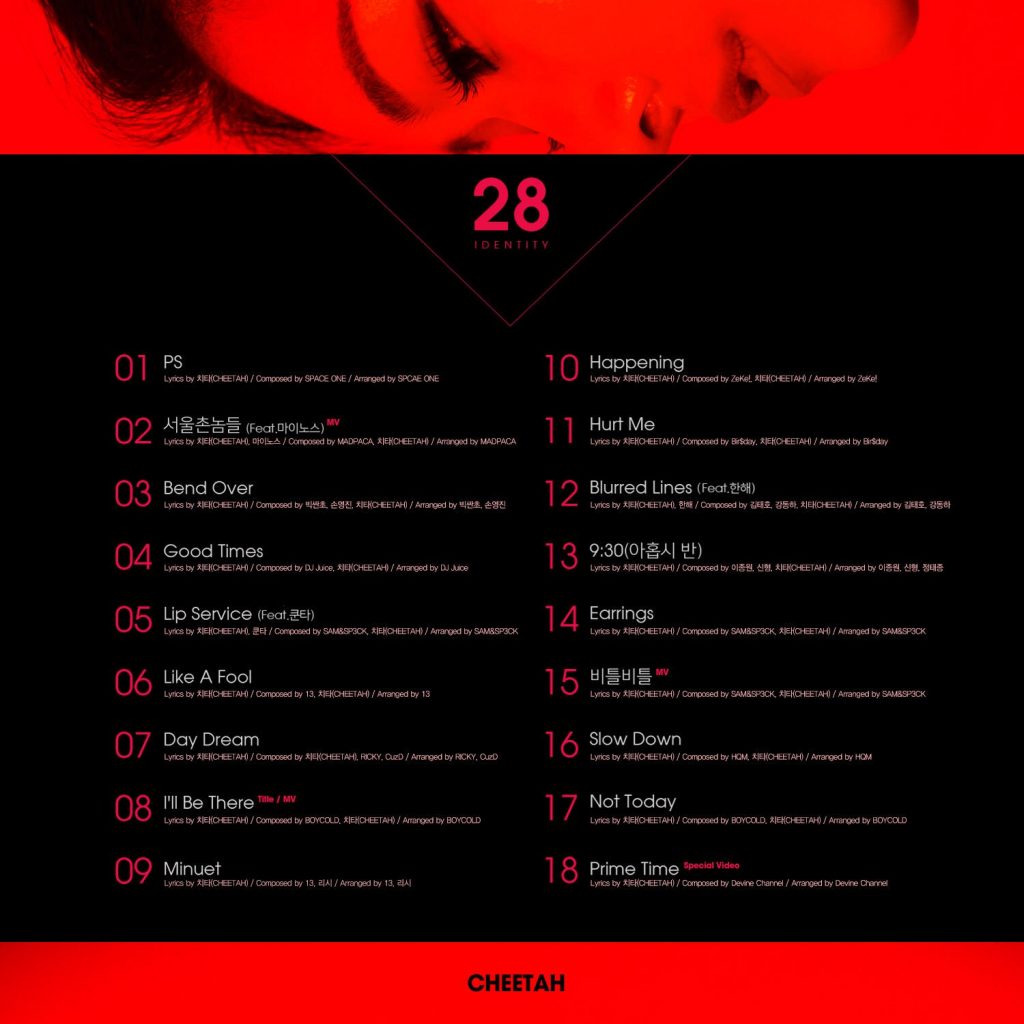 Meanwhile, Cheetah have revealed her upcoming tracklist. It is definitely a load of track with a total of 18 songs! She definitely is going all out with this album and fans can’t wait to see what kind of songs she has put out. Among these tracks include the title track, ‘I’ll Be There’, ‘Bend Over‘, ‘Good Times‘, ‘Lip Service‘, ‘Like A Fool‘ and ‘Day Dream‘. 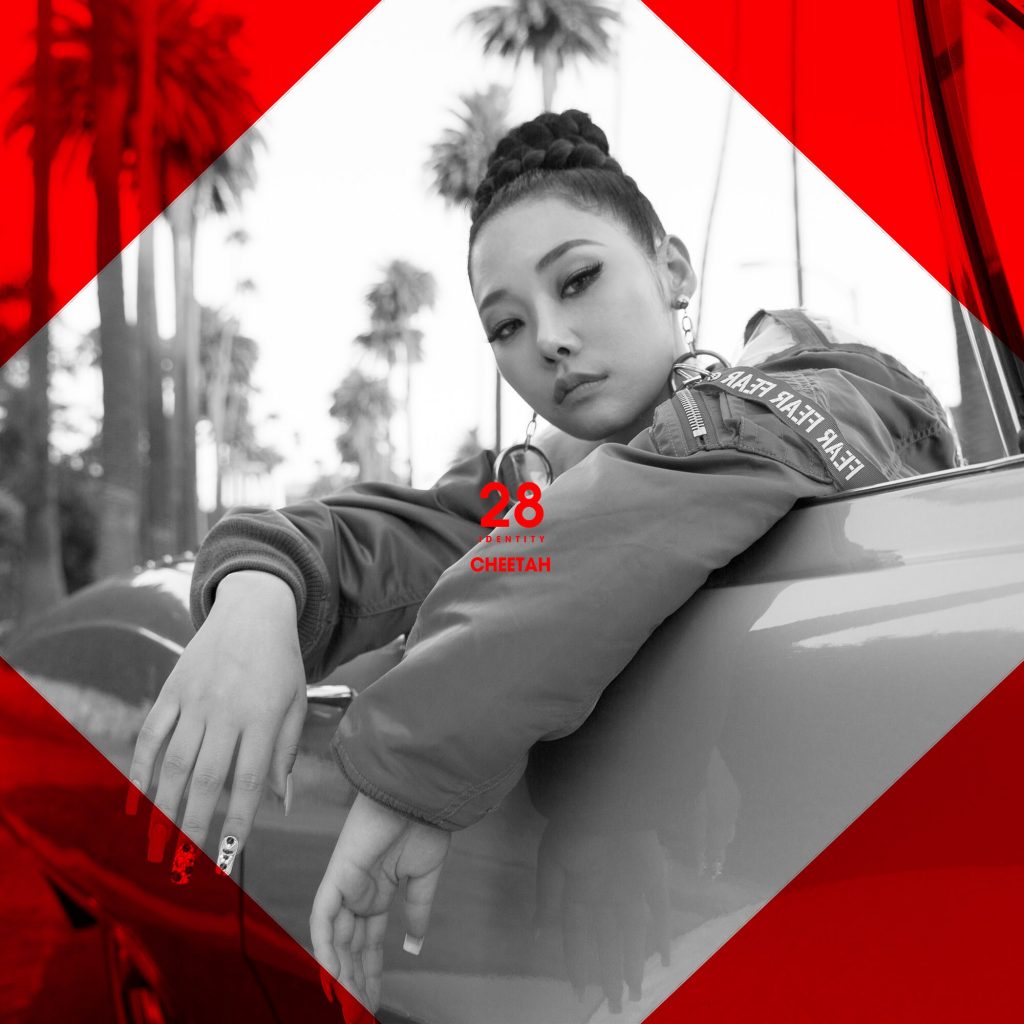 She will also be providing a special video for her track, ‘Prime Time‘. Meanwhile, she will mark her return on February 28th. Are you ready? Let us know in the comments below!

Written and edited by; Tracey