Visually enticing Korean Indie artist CIFIKA will kick off her US tour in March. This will be the largest North American tour for a Korean artist, as she stops through over 20 cities, including the annual Austin festival ‘SXSW’. This will be a truly new experience for attendees this year as CIFIKA brings a new style to cross the K-POP rift. 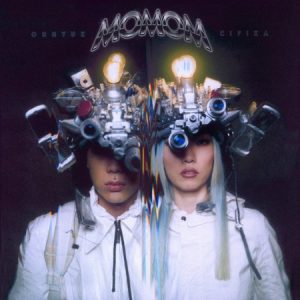 CIFIKA, signed by Third Culture Kids, is truly a newer wave artist as she steps away from the globally growing K-POP sound and creates a new blend of music containing low-fi electronic soundscapes and a clever mix of Korean-English lyrics. She describes this genre as “entirely self-invented and undefined, a harmonious clashing of cultures.” This global tour will coincide for the release of her February EP ‘PRISM’. CIFIKA and Indie rockstar artist Oh Hyuk have released a preceding single called “MOMOM” an ethereal and experimental release. It gives off the vibe of both artists style to demonstrate a new balance of beats and harmonies. 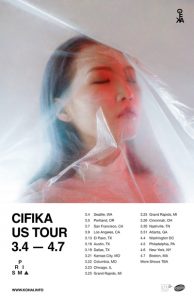 The tour dates are as follows:

You can listen to the newest hit “MOMOM”  here:

We at K-Music are working hard to bring you more sounds of the new wave and open the eyes of viewers to all of the new beats straight from South Korea. Be sure to check in with Officially K-Music for more on upcoming SXSW artists from this years lineup!