Cities and Ticket Info are Out for BIGONE’s 2018 Europe Tour!

Cities and Ticket Info are Out for BIGONE’s 2018 Europe Tour!

Korean rapper BIGONE will be touring Europe for the first time ever this August and September and we are here to bring you the latest update on the tour! Beyond Enterprise recently released more information about the tour on their official Facebook page, including which cities BIGONE will be touring and more details regarding the various tickets types available.

BIGONE will be touring six cities in total:

The rapper will be having a concert in Paris as well, but more information about the concert in France is yet to be announced.

Beyond Enterprise also announced that there will be five ticket types in total starting with Platinum which includes hug and fan sign events, Special which includes a high-touch event and a signed poster, then moving on to Early Bird (can be purchased online) and On The Door 1st (Box office ticket only) which include entrance to the concert and party, and finally On The Door 2nd which is also a box office ticket allowing access only to the party. The selling site for the ticket is yet to be announced. 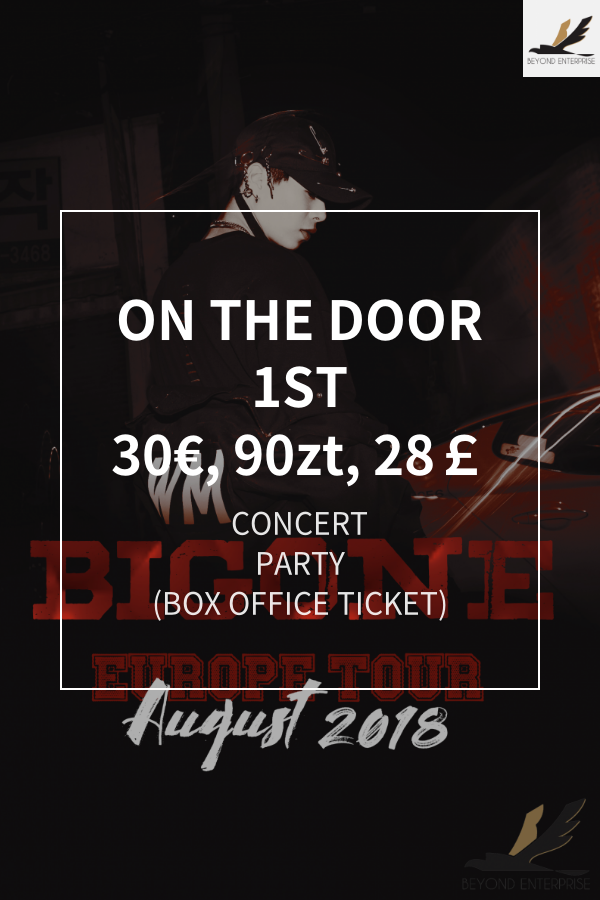 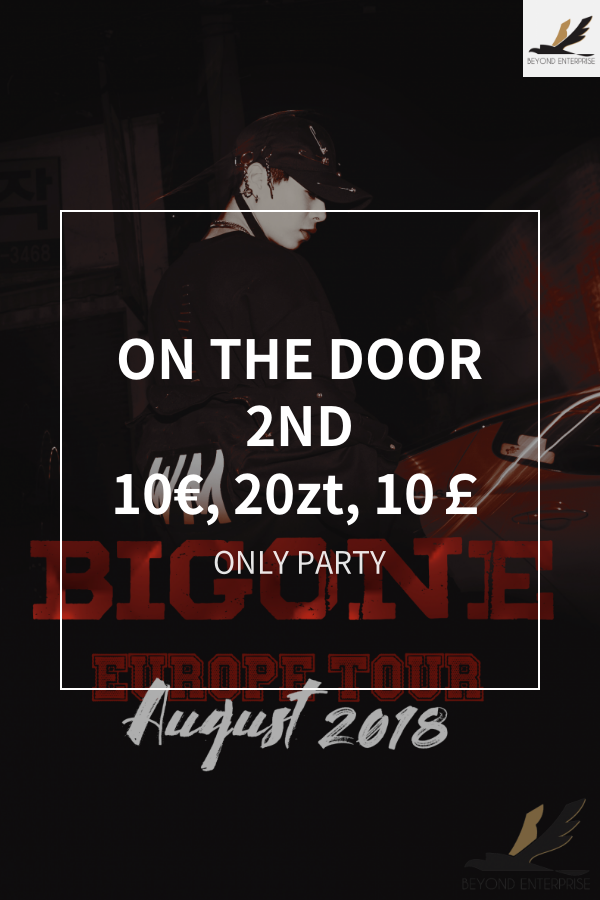 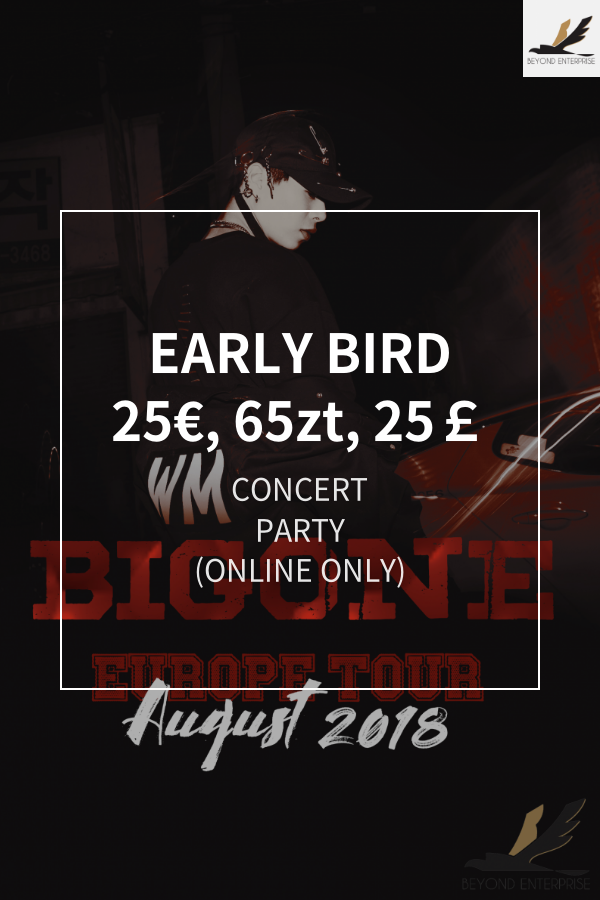 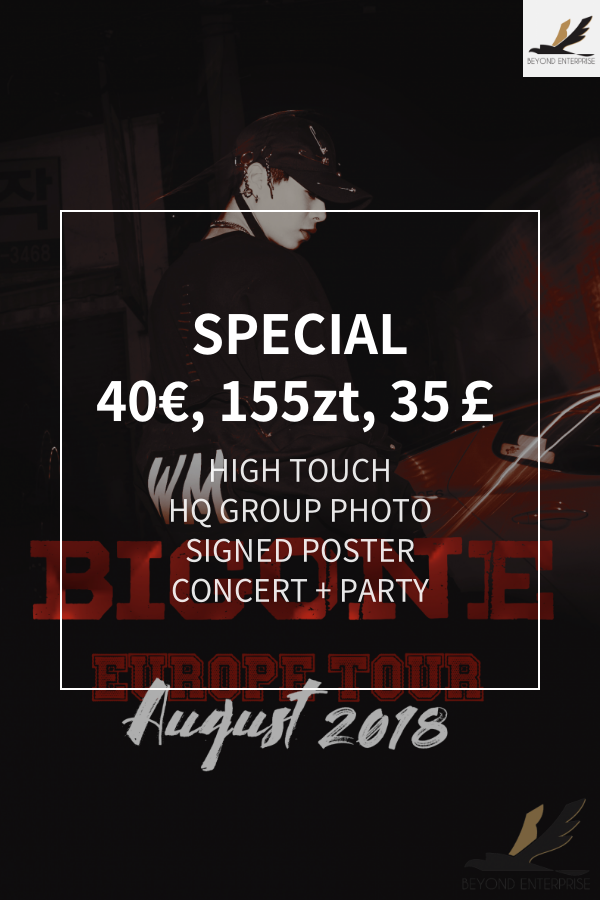 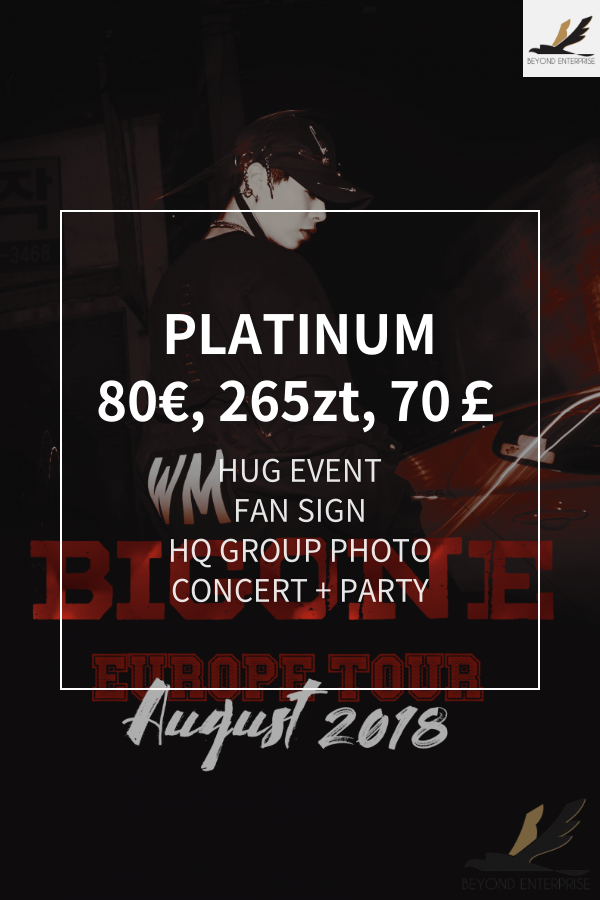 In the meantime, BIGONE recently came back with his latest single ‘WAVYWAVYWAVY‘ which he personally wrote the lyrics for. It is currently available on iTunes and Spotify, although fans can be sure to also hear it live on his 2018 Europe tour!
Stay tuned to Officially Kmusic for more updates on the tour!