Only few hours after its release, CL’s solo debut song “The Baddest Female” topped most of the music charts in Korea. 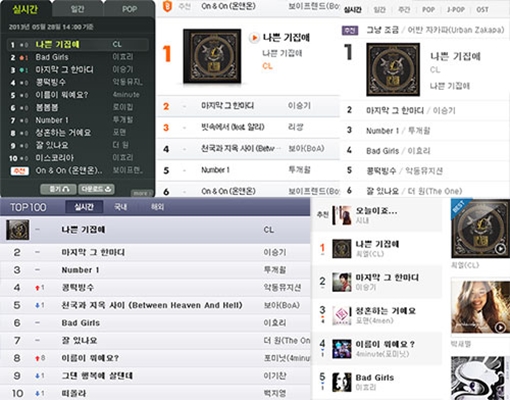 “The Baddest Female” was written by Teddy with CL’s  close participation in the creation of the song.

On another note, CL will begin promoting this song on June 2nd on “Inkigayo.”