Clara Wins an Award from the ‘Men’s Health Korea’

Clara Wins an Award from the ‘Men’s Health Korea’

On June 27th, ‘Men’s Health Korea’ announced through their Facebook page, that Clara has won the ‘Vital Woman’ award. They also complimented the model for her toned figure and unveiled four photos of the model receiving her award.

You can see in the photos that Clara wore a fitting, shining dress that emphasized her beautiful figure, gaining a lot of compliments from her fans for her overall fitness and great figure.

Fans who saw the photos congratulated her, “She really does have an amazing figure!” “Wow, she must have worked out a lot before going out to the beauty contest,” “I’m curious about who her competitors were” and “Her figure is a work of art.” 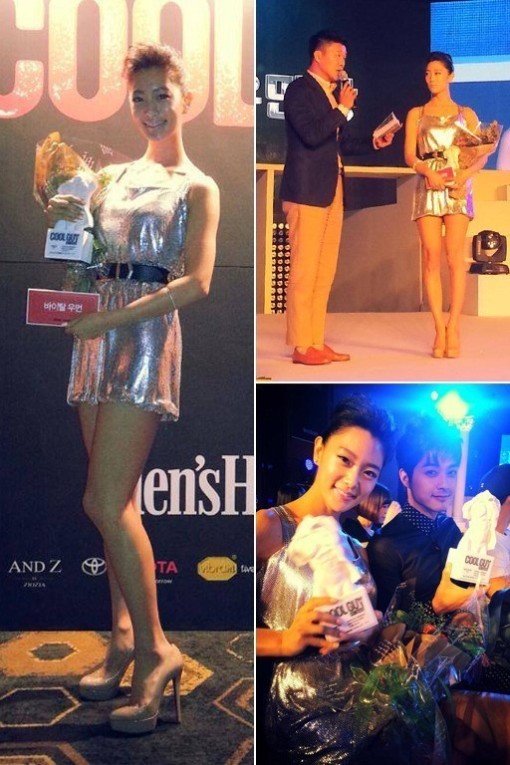