UAngel Voice is a classical vocal group from Korea consisting of five men with amazing vocals. Fans of the TV show ‘I Can See Your Voice‘ will surely remember them from season 3. They amazed the audience with their voices and synchronization in an instant by singing ‘You raise me up‘ and ‘Elegant Dolls‘.

The group has four tenors- Kim Min Seok, Kim Hyang Rok, Jeong Dong In and Kim Kyung Duk– and one baritone, Son Ye Bin. They are accompanied by a pianist James Jaewon Moon. Having already toured the world, their number of fans is increasing with each concert. Check out their official YouTube channel and you will fall in love, too! Now, these heavenly voices are coming to Europe for their European tour! 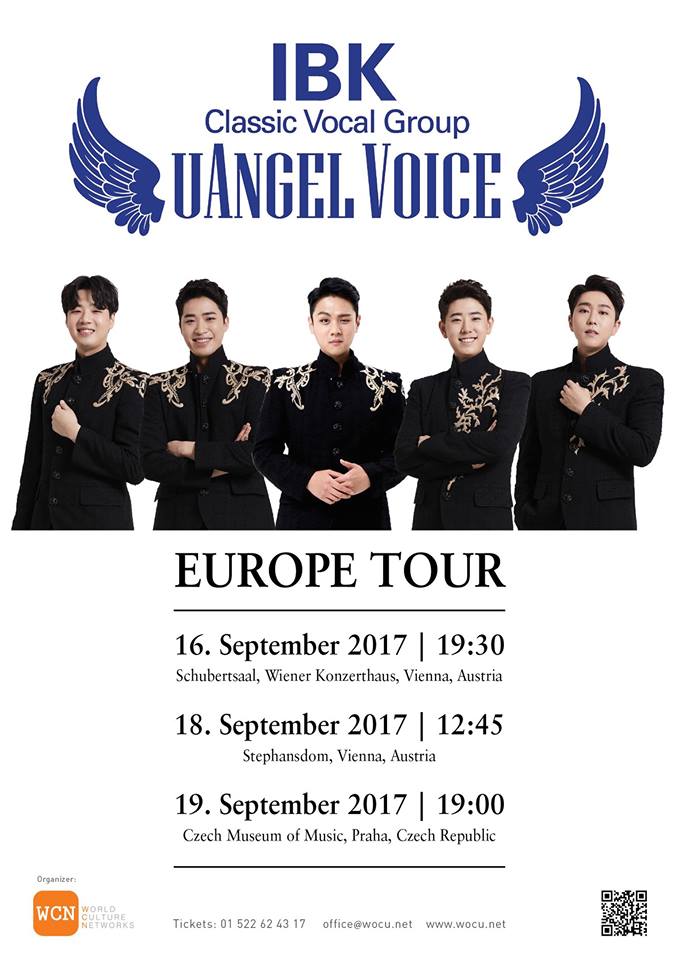 The information about tickets can be found on World Culture Networks page. Get to know UAngel Voice better on their Official website, Facebook, Youtube, and Twitter. And do not miss the chance to see these incredible singers performing LIVE!