CNBLUE released the tracklist for their newest extended play, ‘Blueming’ on March 30 on their official Facebook. 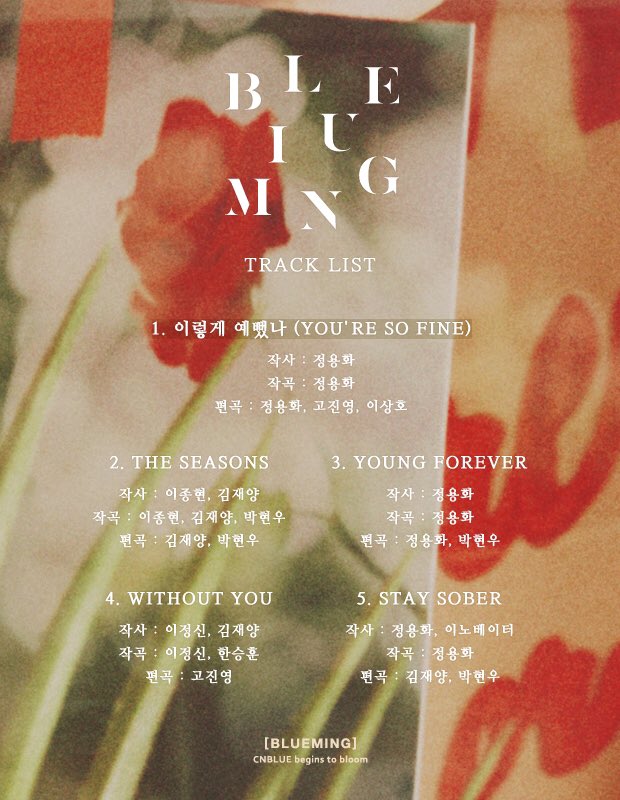 The album contains five songs ‘이렇게예뻤나‬ (You’re So Fine)’, ‘The Seasons’, ‘Young Forever’, ‘Without You’, and ‘Stay Sober’ written and composed by Yonghwa, Jonghyun, and Jungshin. Minhyuk isn’t credited for this album.

It was recently revealed that ‘You’re So Fine’ will be the title track for CNBLUE’s sixth mini album. Previously, CNBLUE had come back in September with second studio album ‘2Gether’ which had the hugely popular ‘Cinderella’ which they collected five music show awards along with numerous end-of-the-year show trophies.

The title sound promising and I look forward to hear all the numbers,  I think the album will be on repeat the first couple weeks.

What do you think of the track list? Let us know!

Officially KMusic brings you all the latest updates of kpop, so stay tuned with us!