Comedian Kim Byung Man has been injured in a skydiving accident

Comedian Kim Byung Man has been injured in a skydiving accident

Comedian and stuntman, Kim Byung Man, has sustained a spinal injury from skydiving.

The incident took place in the United States, and Kim Byung Man is said to hold a tandem skydiving licence. His agency, SM C&C has released a statement explaining that on July 20, while participating in a skydiving training exercise, Kim Byung Man sustained an injury while landing due to the changing of wind directions. 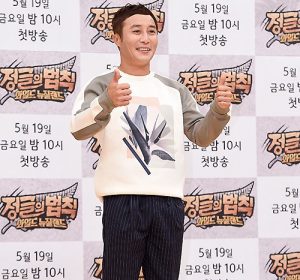 Fortunately, safety officials were on site, and Kim Byung Man was quickly rushed to hospital; luckily the comedian sustained no nerve damage, and will be undergoing surgery for the next week or so for a fracture in his spine.

It will take Kim Byung Man up to two months to recover from the injury, with all activities currently put on hold.

Kim Byung Man currently appears in SBS’s ‘Law of the Jungle’ and ‘Shaolin Clenched Fists’ – most episodes have wrapped filming, and will air while Kim Byung Man is still recovering.

Officially Kmusic wishes Kim Byung Man a speedy recovery and will continue to keep you updated on Korean entertainment, so stay tuned!