The countdown to Wanna One’s comeback continues with D-6

The countdown to Wanna One’s comeback continues with D-6

Wanna One has just released teasers and details for their upcoming comeback. On June 4th at 6pm KST, they will be releasing the MV for their title track ‘켜줘 (Light)‘ and their special album ‘1÷χ=1 (UNDIVIDED)‘ They uploaded their image teaser and album packaging details on Twitter. You can follow their official Twitter account here. The motion teaser was uploaded on their Instagram account, which you can follow here. Furthermore, their world tour <ONE: THE WORLD> will be taking place from June to September in 14 countries.

Check out Wanna One’s image teaser for D-6 below! 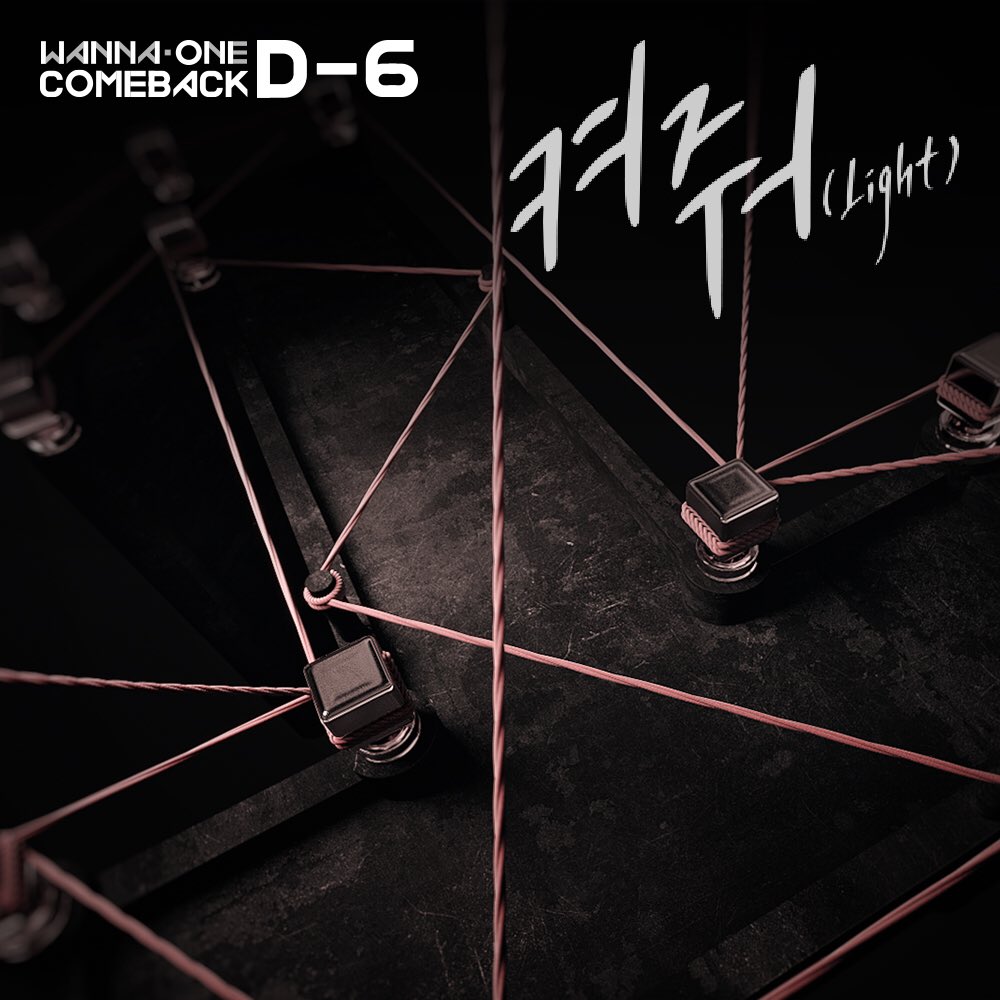 The image teaser features many intertwined rubber bands tied together and supporting something. This may be symbolic for the concept of their new MV.

Here’s the album packaging details for their upcoming album:

The album package will include: a photo book, a magnet, a photo card, a CD/CD tray, lyrics, possibly a golden ticket, and a poster. Fans will definitely be getting their money’s worth when they purchase an album. Besides the image, the album cover is a beautiful, pastel pink. There are many versions of the photo book, as well as a version for each unit in the group. There is even an art book version, in which the cover features an artwork of each member. The magnet can be collected with one for each individual member, including unit versions. The group version of the photo cards are cute selfies of each member. The posters feature the boys’ strong visuals, both as a group and as separate units.

Check out the purple motion teaser for the album below!

The purple version is the same as the previous grey motion teaser, except the colours are different. It features the members individually posing for the camera. Each member gets two shots each.

Are you excited for Wanna One‘s comeback? Let us know in the comments below!

Scroll for more
Tap
Wanna One make fans anticipate their comeback with an MV teaser, highlight medley and track list
Wanna One continue to tease fans with an image teaser and jacket making film for upcoming comeback
Scroll
Loading Comments...