Cube Entertainment has finally start teasing for Triple H‘s debut! Triple H consists of member Hyuna, Pentagon’s Hui and E’Dawn (Hyojong)! They have dropped the concept image, as well as their individual photos. Check them out below! 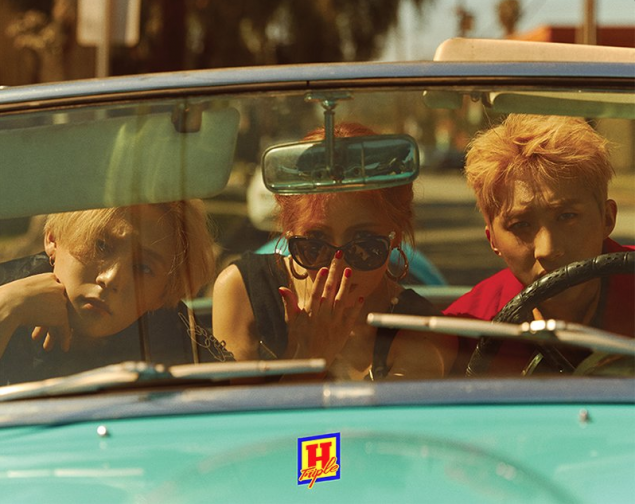 In this concept image, the group is featured in the image, looking cool and fierce. The beautiful sunshine definitely enhances their features and allow people to admire their charisma. They are sitting on, what looks like, a blue cadillac car, looking intensely through the windshield. No specific information has been revealed yet but they look like they are ready to debut! 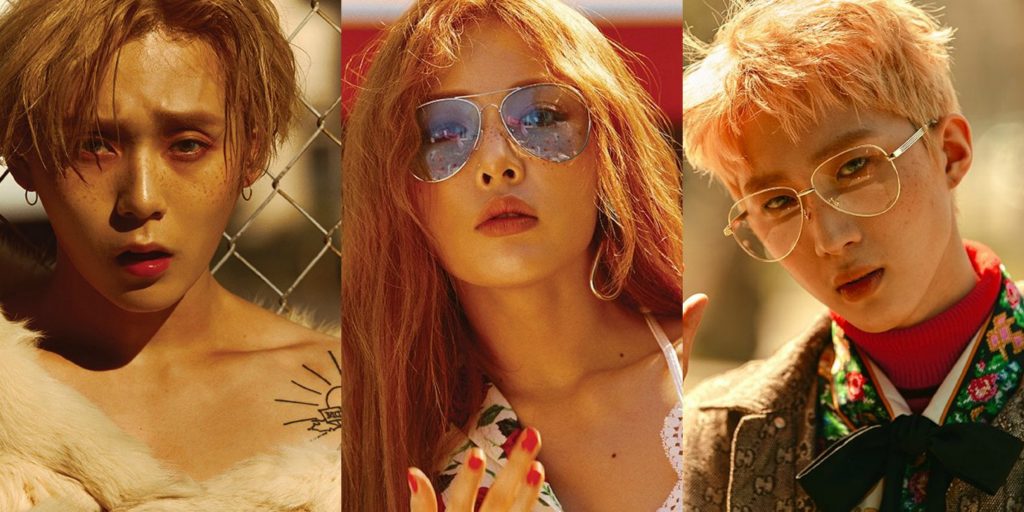 The above image is each member’s individual image. All of them have similar features and giving off the same Summer vibe. The beautiful sunshine allows their hair colour to shine. Each of them have their upper cheeks decorated with freckles and are looking sexy for their group debut. They are all looking cool for their image! In particular, Hyuna and E’Dawn are dressed for the beautiful season and Hyuna is rocking those big blue sunglasses. Whereas, Hui is wearing many layers of clothing but isn’t sweating one bit from the hot sunshine.

Meanwhile, no specific dates or track title have been revealed. So, be sure to stay tuned for more updates! Are you excited for Triple H’s debut? Let us know in the comments below!

Stay tuned to Officially Kmusic as we keep you updated on Korean music!