DAY6 have done us all a favour and released an album sample for ‘Shoot Me: Youth Part 1‘.  They also revealed a new group teaser image to go with the release.

Other tracks on the album are titled; ‘Warning’, ‘Just Happened’, ‘Feeling Good, ‘Self Talk‘ and ‘Because I Want It‘.

Check out DAY6’s album sampler for ‘Shoot Me: Youth Part 1’

They also released a new group teaser image with all the members sitting in a stairwell with the same contemplative looks that we have seen as a theme throughout the other teaser images. 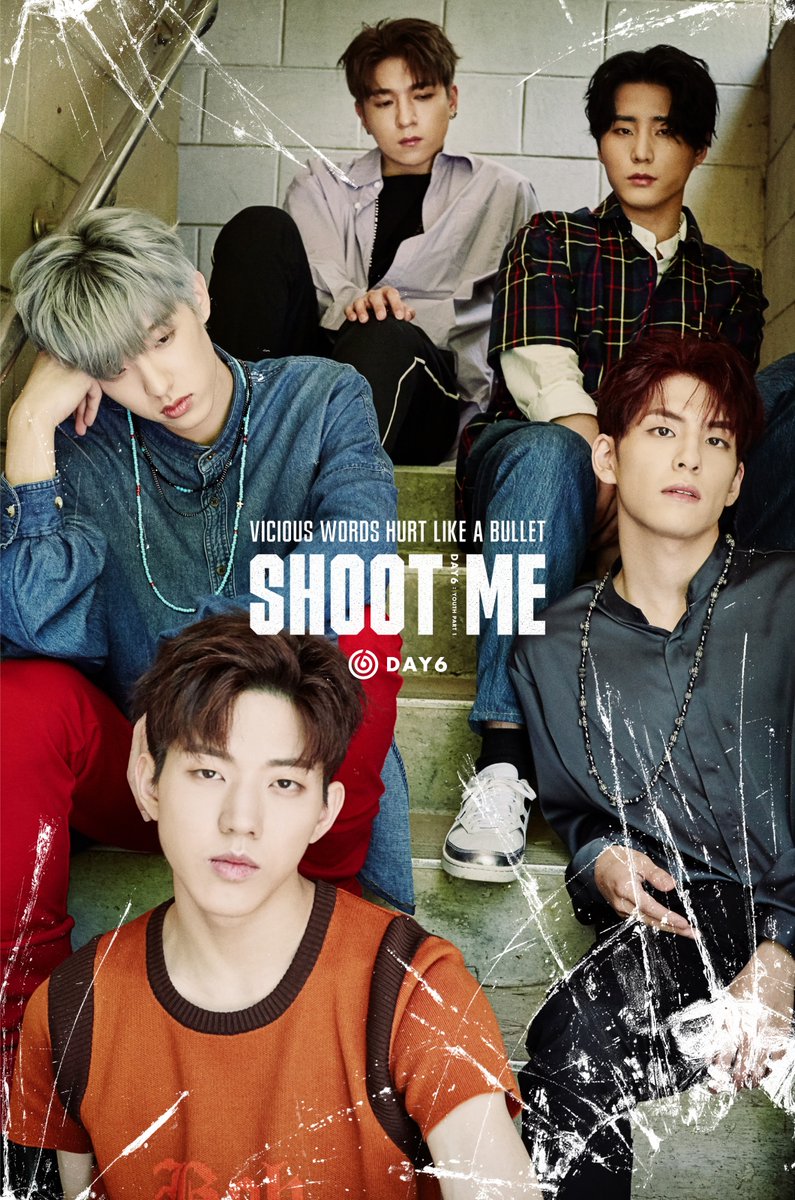 DAY6‘s new album ‘Shoot Me: Youth Part 1‘ and the title track ‘Shoot Me‘ is scheduled for release on June 26 at 6pm KST.  The group will be holding a comeback show on the same day at 8pm KST.