It’s just over two weeks to go until we get to view ‘Hwarang: The Beginning‘! But until then, these new teasers should tide fans over. The latest is a look at the relationship between the three leads of the historical drama as well as some stills of the rest of the cast.

Park Seo Joon, Go Ara and Park Hyung Sik make up our lead trio and, of course, are the players in a possible love triangle. To get better insight into the characters, three teaser videos and a poster were released. 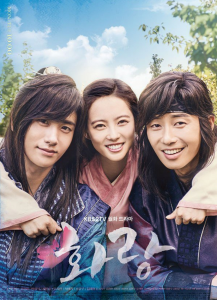 First up is Park Seo Joon as Sun Woo– a fierce warrior with a fiery temperament and a contrasting nonchalant side. At first, we see him as complete dork who can’t aim an arrow and falls off his horse, but he’s got a very competitive spirit. However, that all changes at the end with his intense words directed towards one of our other leads- Park Hyung Sik’s Sam Maek Jong. “So stop hiding and come out, you coward!” are his last words in the teaser, promising us a very contradicting but entertaining male lead.

Next, we take a look at our female lead played by Go Ara. Ah Ro is not your typical girl and busies herself with multiple jobs. She may have a little alcohol problem, which leads her to meet Sun Woo as he saves her from almost being trampled by horses. After this encounter, like all girls who’ve been mysteriously rescued, she goes in search of information about her new knight- who is an actual knight. If the teaser is anything to go by, we’re in for an interesting romance and a female character that will keep us laughing. And a little gem for BTS fans, get a sneak peek of Ah Ro scaring Taehyung’s character with two very long needles!

Last up is the teaser for our faceless king, Sam Maek Jong. The people may not know what he looks like, but they certainly know a lot about him- or rather they think they know a lot. Rumors follow the king as he travels the land and his journey brings him face-to-face with Hwarang, who really take the moniker ‘beautiful knights’ to the next level. To protect his people, he then joins Hwarang and tries to learn their ways in battle, sport and knowledge. He also seems to have a rocky relationship with Sun Woo, who outwits him.

Following these videos, more stills were released showing off the minor characters in the world of Hwarang. The Queen Mother is played by Kim Ji Soo and appears to be a youthful woman, who also created the Hwarang faction. Next is Choi Won Young as Ahn Ji Gong, Ah Ro’s father and Sung Dong ll in the role of Wi Gong– the man in charge of teaching the Hwarang knights. Finally, we see Kim Chang Wan who plays Park Yeong Sil, a man with considerable influence in the land. 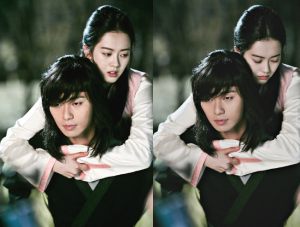 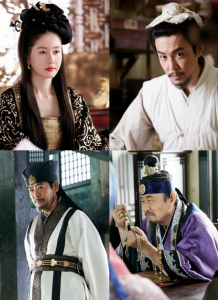 As we saw from previous teasers, Hwarang is a drama that promises not only action but a lot of comedy as well. Throw in a little romance and you can be rest assured that your Mondays and Tuesdays will be your two most anticipated days of the week!

The first episode is set to air on December 19th on KBS2 and we can only hope to see more teasers, hopefully of the other knights too!

What are you looking forward to the most in ‘Hwarang: The Beginning’?

Stay with Officially KMusic as we bring your more news from the world of Korean dramas!