DIA Are Fun Witches In Latest Teaser For ‘Mr Potter’!

DIA Are Fun Witches In Latest Teaser For ‘Mr Potter’!

DIA have just released the music video teaser for ‘Mr Potter‘! ‘Mr Potter‘ will be the title track for their third mini album, ‘Spell‘.

The DIA members are all very cheeky, where the girls can be seen having fun with some magic! At the beginning of the teaser, listeners are hit with very eerie yet soft instrumental sound. The girls have very serious facial expressions, solidifying this eerie vibe. What makes it more creepy is that the girls are fooling around with the Ouija board! Then, the appearance of a rabbit butler begins to interact with the group.

With the teaser, fans are given a sneak peek into what type of track ‘Mr Potter‘ will be. From what is heard, the tune is very bubbly and sweet, giving the girls a much cuter look. This tune contrasts very well with the aesthetics of the video. The teaser  shows a bit of the choreography, where the girls are seen doing the suspender dance signature to the song. It definitely has fans intrigued as to what other dance moves will adapt to this title track. It is rumored that the song will be about a witch who is in love with a wizard. 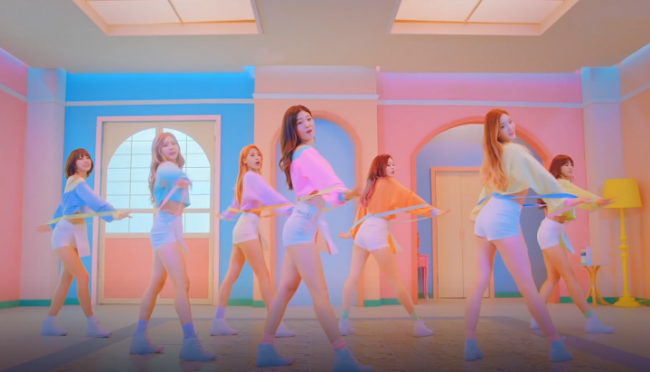 Overall, it is exciting to see DIA releasing another album! ‘Spell‘ and the title track music video, ‘Mr Potter‘, will be released on the 13th of September.

What are your opinions about the new music video teaser from DIA? Let us know how you feel in the comments below! Keep up with all the latest K-Pop news with Officially KMusic!