DIA continues to get fans hooked into their various teasers. The girls have dropped more individual teasers as well as the highlight medley. On top of all that, there is the second MV teaser for ‘Can’t Stop‘. So, check that out below!

Somyi is the next to reveal her individual teaser. She looks utterly beautiful while blowing a bubble. However, what is quite interesting is the way she can keep a straight face while keeping the bubble right at her mouth. On top of that she blends in nicely with the greenery behind her. 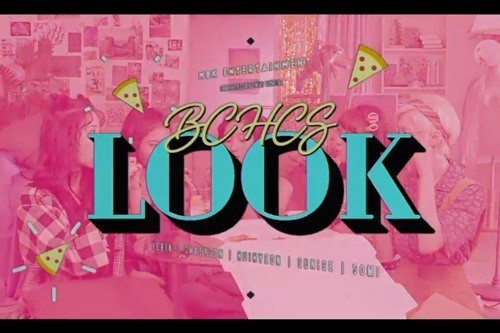 It was also revealed that DIA will be promoting in their sub-units before their ‘Love Generation‘ comeback. Their individual sub-unit music video will be released five days before their actual comeback. The first sub-unit is BCHCS, which include members Yebin, Jung Chae Yeon,  Huihyeon, Eunice and Somyi. Meanwhile, the other sub-unit L.U.B includes Jooeun, Jenny, Eunji and Eunchae. BCHCS will be releasing the ‘LO OK‘ MV on August 17th and L.U.B MV on August 18th!

This time in their second MV teaser, a beautiful school is seen from the distance before zooming into the class room. The track is quite bright and beautiful, showing off the girls’ cute charms. It definitely will be exciting to see what the girls will showcase in the full release.

Finally, the highlight medley showcases a snippet of what each of the track will sound like. The first few are ‘You’re Different‘, ‘Female Friend‘, ‘Darling My Sugar‘ and ‘Just A Bite‘ are all quite soothing to listen to. It shows off the normal crush girl vibe, where their voices are most suited for this kind of concept.

The next few tracks are ‘I Need Healing‘, ‘#GMGN‘ and ‘LO OK‘, which also runs nicely into listener’s ears. It is the kind of songs that people can’t help but relax to! All the tracks that is part of this album sounds great! Which track do you like the most? Let us know in the comments below!

DIA will make their official comeback on August 22nd! Are you excited? Let us know in the comments below!