DIA announced their April comeback with the release of a few image teasers! This will be their second studio album, ‘YOLO‘. Check out the images below! 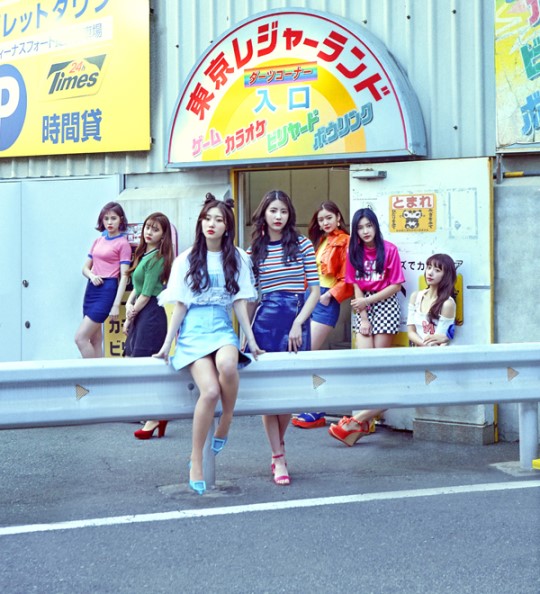 In the above images, it seems the girls are in Japan. They are also wearing beautiful and colourful outfits that blend in nicely with the background. They all definitely look amazing. However, it seems that there is a mysterious hand that appears near member Eunice. It surely is a mystery as to how that hand came to be there! Other members are sporting a rather serious face expression so it will be exciting to see what the girls will showcase for their upcoming comeback. 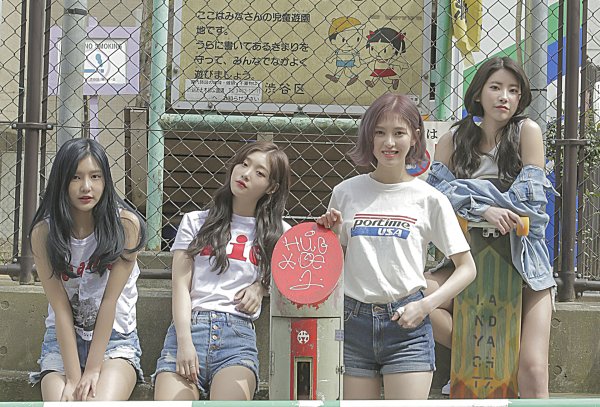 In this image, it is still shot in Japan. Rather than a full member image, it only features four members including Huihyeon, Jenny, Yebin and Chaeyeon. They are wearing similar outfits: a white t-shirt matched with demin shirts. It surely looks simple but works well with where the image is shot. They definitely look casual and laidback in comparison to the first image teaser!

DIA has also revealed a teaser clip for ‘On The Record‘. However, since no much information hasbeen revealed in the video, it is unclear if ‘On The Record’ will appear in their second album. In this teaser clip, it shows of a beautiful guitar tune with a very Spring-like vibe. It surely is a song one can easily sway to. As the video continues on, we get to hear the amazing voices of the members while other members were playing on the guitar and piano. Rapper DinDin also appeared in the video where he showcased his clean flow rap that works well with this beat.

The video has also revealed information on their upcoming acoustic concert where fans are given the opportunity to listen to the girls’ self-composed tracks for this ‘YOLO’ album. The girls will be doing acoustic highlight versions of these tracks, where ‘On The Record’ have shown what the girls are like as an acoustic band. It surely will be exciting to see what the girls will show!

This comeback concert will feature many people including singer Alex, who will be MC, trot singer Kim Yeon Ja, DinDin and Kim Chungha. This concert is called ‘Treble Clef Concert‘, which is held at Blue Square Book Park on April 7th at 6:30 KST. This will also be broadcast live on V Live app. So, check out the ‘On The Record’ clip below!

Meanwhile, it seems while the girls were at Japan for their image teasers, they have also filmed their reality show, ‘YOLO Trip‘ in Japan in mid-March. This show will be aired on April 9th so be sure to tune to channel OnStyle to watch it! So stay tuned to April 7th for more information on DIA’s comeback!