DIA has dropped their ‘Present‘ comeback schedule, as well as the music video teaser for ‘Good Night‘. So, check it out below! 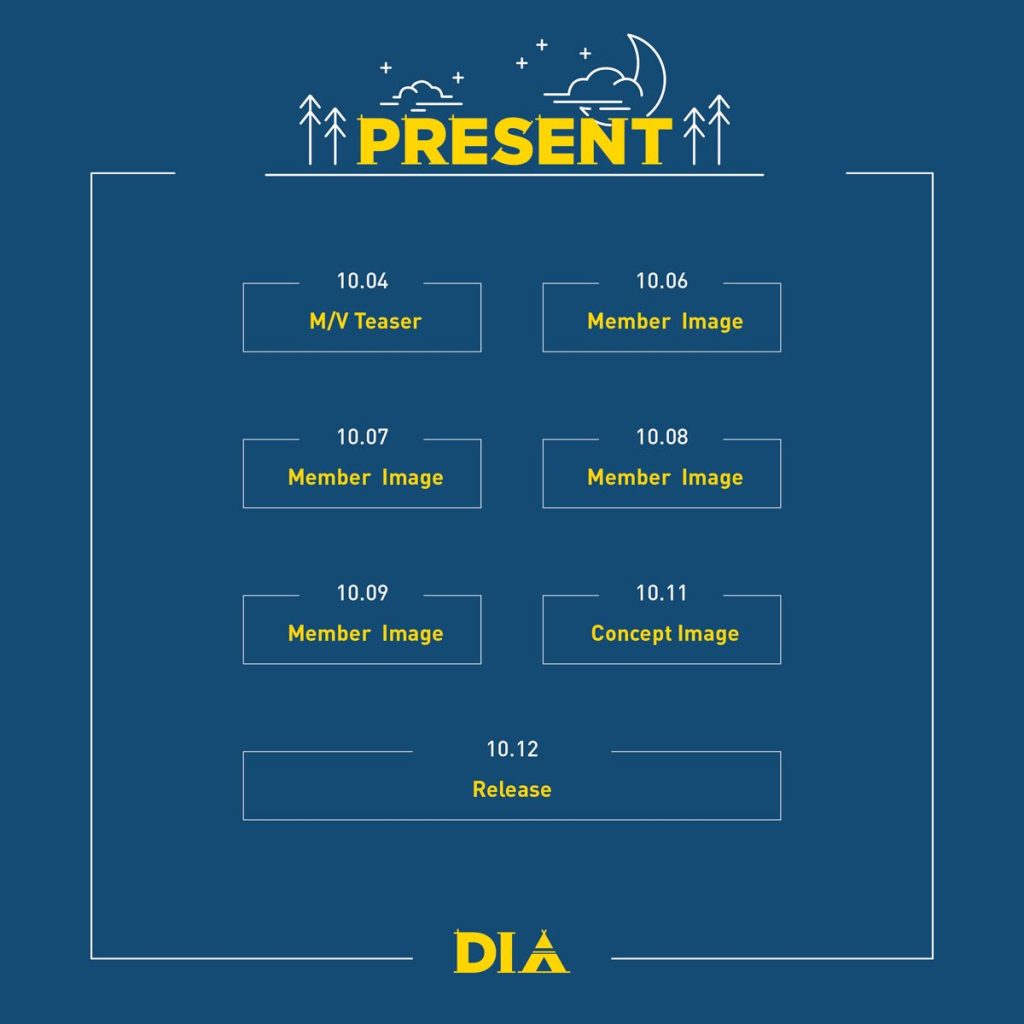 The girls will be returning with a new album called ‘Present‘. The girls will be dropping each member’s image from October 6th to October 9th. They will also be revealing their concept image before their official release.

The girls have also revealed the music video teaser for ‘Good Night‘. It has a magical vibe with a retro feeling. The track is quite upbeat and fits nicely with their vocals. It has a cutesy feeling where it has a beat that is quite addictive to listen to. This track was by Kim Seung Soo, who had worked on TWICE‘s ‘Signal‘ and I.O.I‘s ‘Very Very Very‘.

DIA will make their return with ‘Good Night‘ on October 12th! Are you excited? Let us know in the comments below!