DPR Live has just announced the Asian-Pacific leg of his 2018 DPR CTYL World Tour! From December 2nd until December 16th, he will stop at multiple stops around Australia and Asia. Sydney is his first stop in the Asia-Pacific leg of the tour, and he will then perform in Hong Kong, Singapore, Kuala Lumpur, Bangkok, Jakarta and Taipei.

DPR Live is a rapper and singer who released his debut album ‘Coming to You Live‘ on March 15th, 2017. He has also released an EP ‘Her‘ in December last year. Furthermore, the rapper has collaborated with other notable artists like Dean, Loco, Crush, Gray and Jay Park.

Check out the dates and locations for DPR Live’s Asia-Pacific leg of the world tour below! 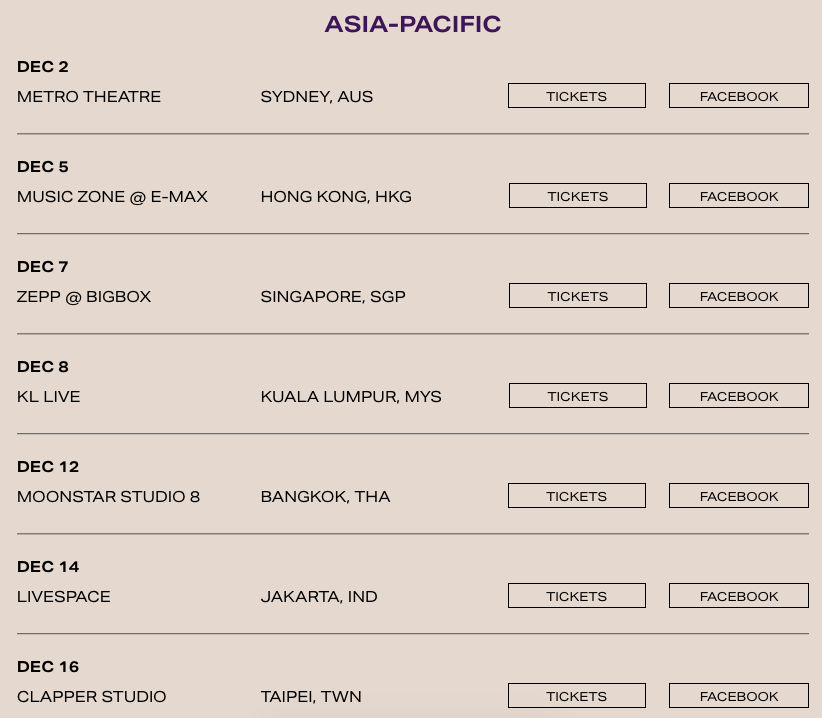 The tickets for his concerts in the Asia-Pacific region were just released. Head over to this website to purchase them now! The VIP tickets include a once-in-a-lifetime experience for a photo with DPR Live in a group of six. VIP ticket holders also get to meet the rest of the DPR crew.

Will you be attending DPR Live‘s 2018 DPR CTYL World Tour at the end of this year? Let us know in the comments below!