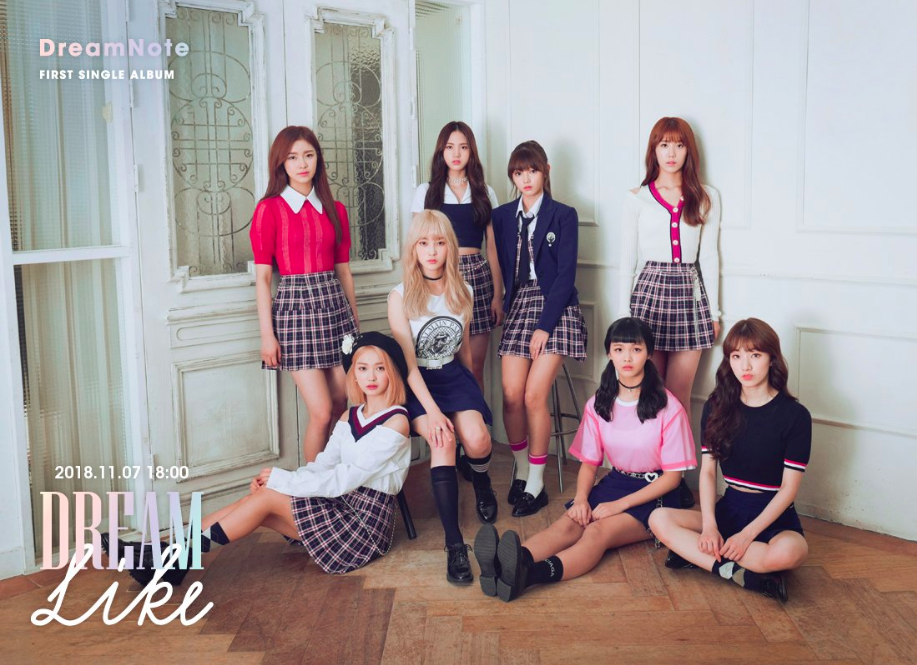 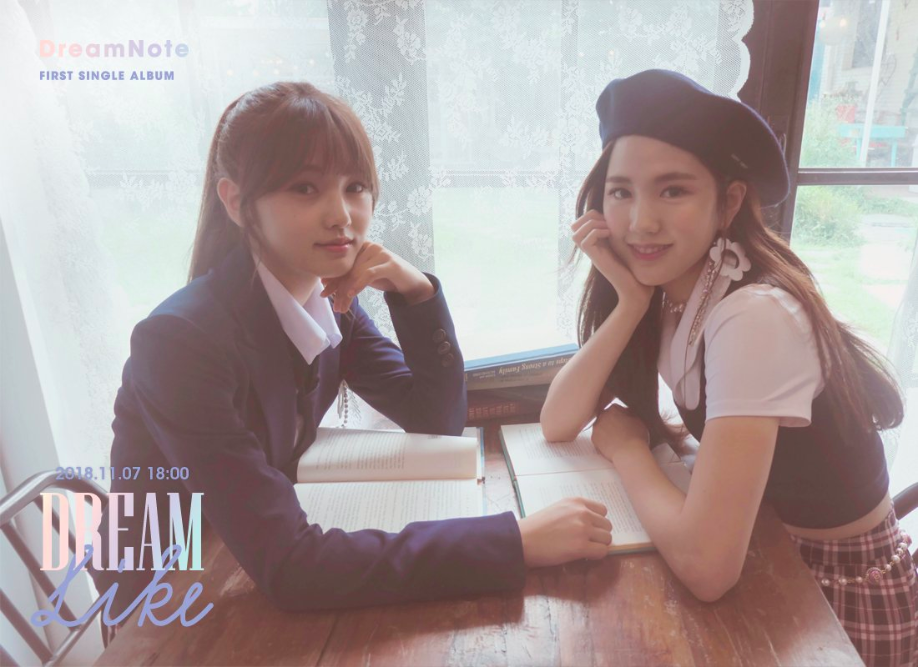 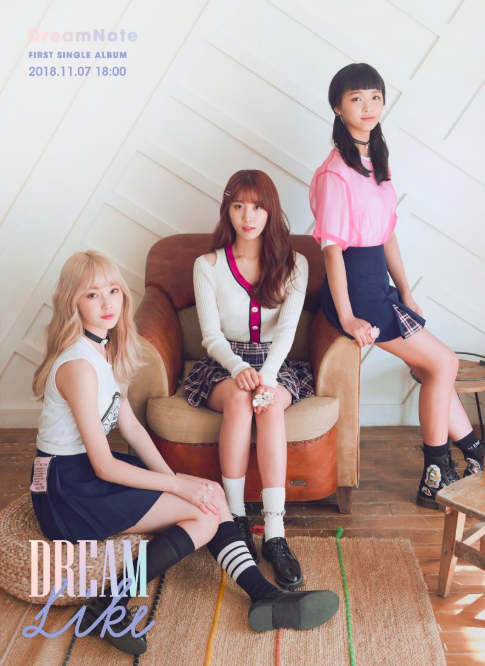 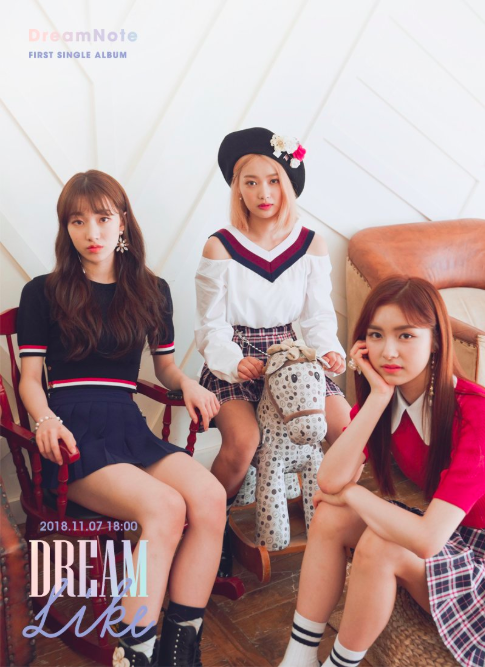 In contrast to the first concept photos which were individual, the first image features the whole group. In the rest of the photos, the group is broken down into separate units of two to three members. The group is definitely going for a schoolgirl image. They are wearing what looks like a normal school uniform with plaid skirts and collared blouses and sweaters. They are even reading books in one of the concept photos. The members look elegant and mature, which suggest that their debut will have a more mature sound.

What do you think of Dream Note‘s new concept photos? Let us know in the comments below.