Dreamcatcher has released another mystery code teaser and the comeback schedule for their upcoming return! They’ll be returning with their third mini-album titled ‘Alone in the City‘ on the 20th of September.

Check out the comeback schedule for ‘Alone in the City’ below! 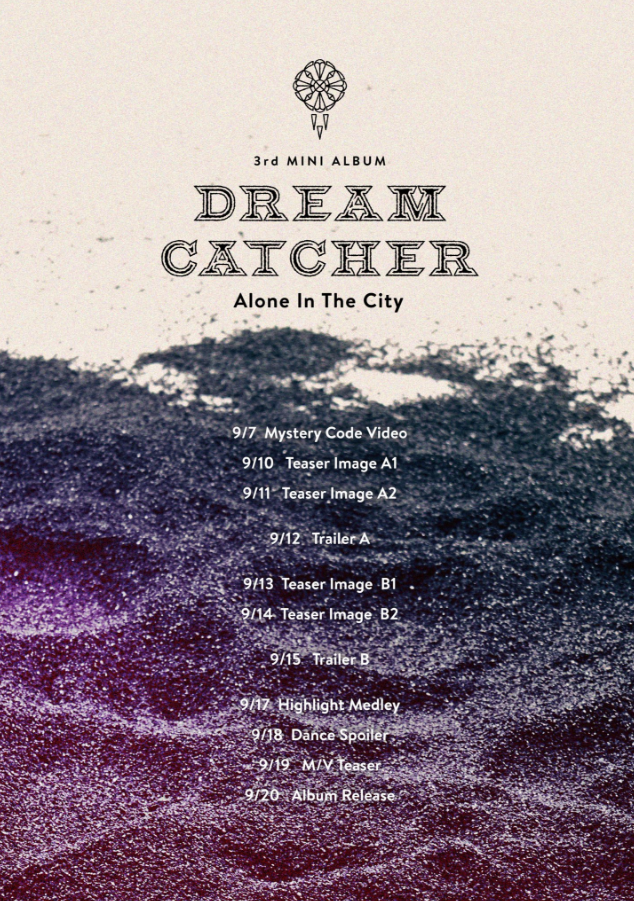 It’s going to be a busy two weeks for Dreamcatcher‘s InSomnia with teaser images and trailers coming out almost every day until the release of the mini album.

Check out the third mystery code teaser below!

On the 5th of September Dreamcatcher shared the third mystery code image to their official Instagram. This teaser shows the full version of the makeup table we see in the second mystery code teaser.

What do you think the mystery code images mean and are you excited for ‘Alone in the City‘? Let us know in the comments!

Scroll for more
Tap
Jimin Park is ready to play an ‘April Fools (0401)’ joke in new MV
GOT7 continue to drop stunning teaser images in the lead-up to ‘Present: YOU’
Scroll
Loading Comments...