South Korean rookie girl group DreamCatcher reveals new information regarding upcoming comeback through sharing their track list for their second single album! DreamCatcher’s label Happy face Entertainment released the track list for the second single album titled ‘Fall Asleep in the Mirror’ which includes four tracks. It was released on 30th of March ahead release of the physical album which is released on 5th of April. The A=album includes the girls’ intro track ‘My Toys‘, title track ‘Good Night‘, ‘Lullaby‘ and also an instrumental version of the title track Good Bye. 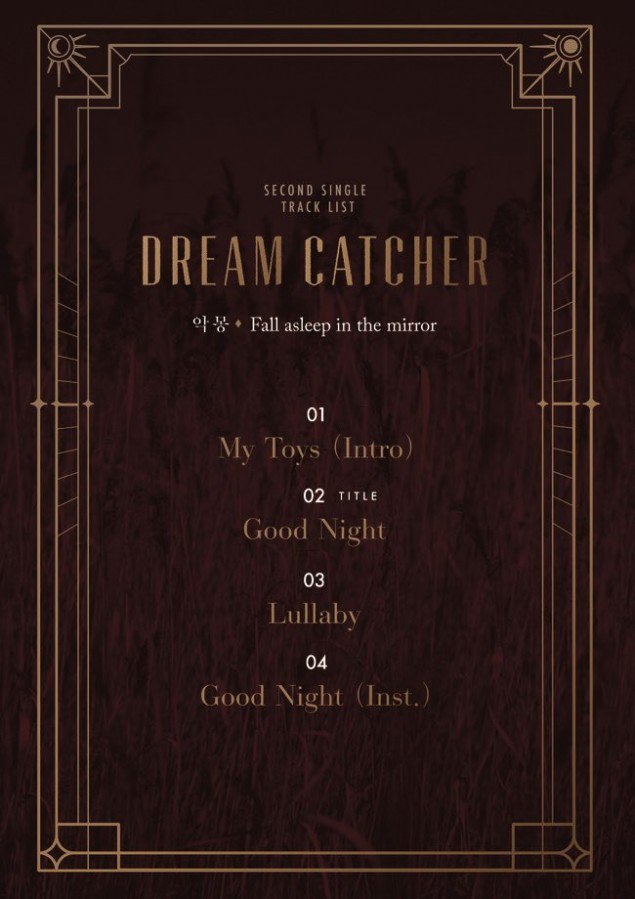 Are you excited about DreamCatecher’s comeback? Let us know in the comments below!

Scroll for more
Tap
FTISLAND Come Out Of The ‘Shadows’ For Japanese Comeback!
Apink To Release A Track For Their 6th Anniversary With Eunji Making A Solo Comeback In April!
Scroll