ELRIS has finally revealed their fandom name! On top of that, they have also released the album packaging details for their ‘Summer Dream‘ album. So, check it all out below! 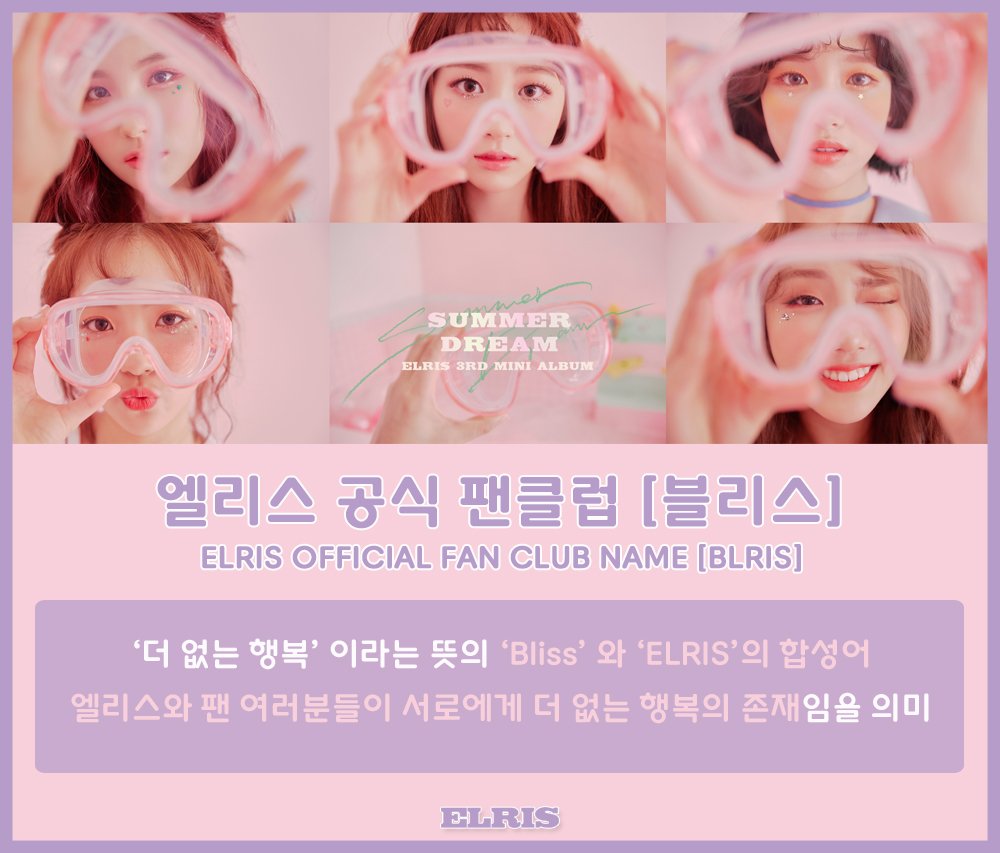 Yes, that is right! ELRIS‘ fandom name is now officially BLRIS. The name is the combination of their group’s name, ELRIS, and the word “Bliss“. Thus, the name itself represents that both ELRIS and their fans are each other’s source of happiness. It definitely is a good meaning for a fandom name! What do you think of the name?

The group will make their hot return with ‘Summer Dream‘ on June 28th. Will you be getting the album? Let us know in the comments below!